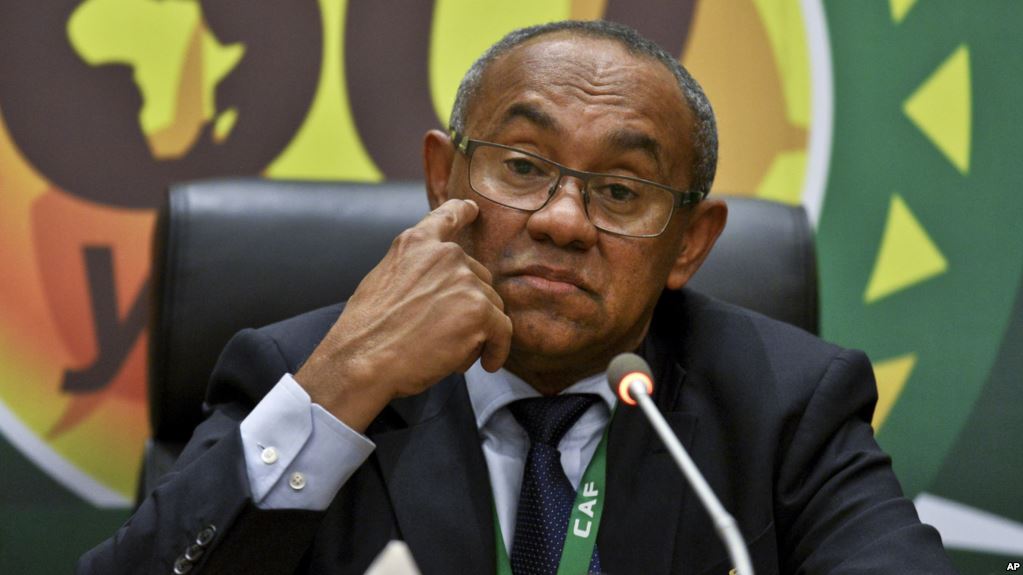 Jean Afrique reports that,  the CAF supremo was taken  away by police elements at the  Berri Hotel in Paris around 8:30AM. It is reported that, the president of Africa’s football is to be heard   by services of the Central Office to Fight Against Corruption and Financial offenses.

The Magazine reports that, the arrest is linked to a contract unilaterally engaged between CAF and the German Equipment Manufacturer PUMA.

Today’s development comes  hours after the executive committee of CAF ordered for a replay of 2nd leg  final of the CAF champions league which ended prematurely last week Friday  in Tunis. The match had ended prematurely sparking controversy across the continent.

At the beginning of this year, allegations of corruption and  sexual harassment of  former CAF employees surfaced against Ahmad.

Ahmad was in France to take part in a congress of the World Football Governing Body (FIFA). His reported arrest comes less than two weeks to the start of the 2019 African Cup of Nations (AFCON) jamboree in Egypt.

Published in AFRICA NEWS and SPORTS