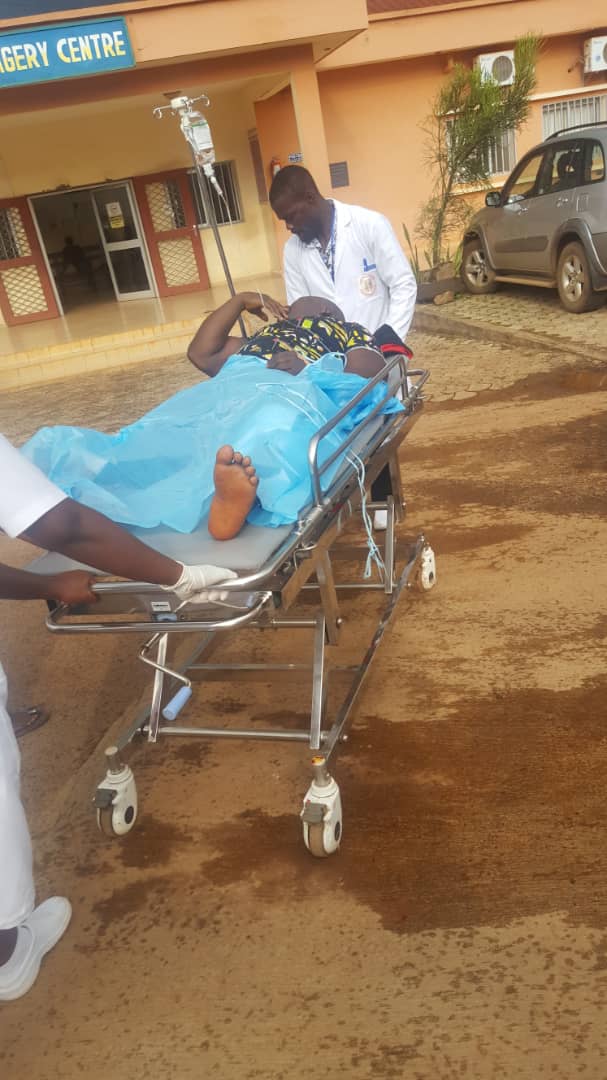 Bamenda (National Times)-The bodyguard of Cameroon’s Opposition politician whose names The National Times could not immediately get has been rushed to the emergency unit for a health facility in Bamenda, restive North West Region of the country.

Sources recounted that, gunmen who abducted John Fru Ndi earlier today first fired at the body guard on this leg. The Social Democratic Front (SDF) opposition chairman is said to have been whisked off as a made a move to check what had happened after hearing the sound of a gun around his compound.

Images of have surfaced of the body guard on a stretcher. The same individual is seen with drip already administered to him. The images show the body guard being ferried to the emergency unit the health facility.

Fru Ndi’s workers, his relatives, property and himself are not facing such  happenings for the first time since the Anglophone crisis went deadly. In the meantime, the SDF party is yet o issue a statement to the development in Bamenda.