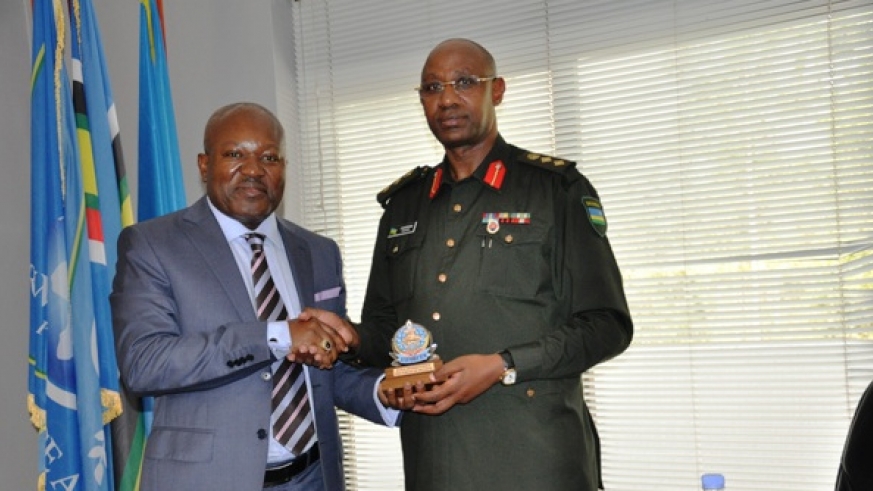 Cameroon to partner with Rwanda in delivering peace support studies

Cameroonian-based International School for Security Forces (EIFORCES) has expressed the will to work with Rwanda through Rwanda Peace Academy (RPA) in delivering peacekeeping studies so as to contribute towards sustainable peace and security across Africa and beyond.

The EIFORCES director general, Brigadier General André Patrice Bitote, said this over the weekend during a one-day visit to the RPA in Musanze District, Northern Province.

The purpose of the visit was to explore possible areas of bilateral cooperation as well as discuss with academy officials issues related to putting in place the Executive Committee of the African Peace Support Trainers Association (APSTA).

Addressing the media after touring RPA, Bitote said his country is keen on working with Rwanda in training a critical mass of African peacekeepers as well as carry out researches, a move he stressed will significantly contribute to the continent safety due to both institutions’ reputation.

“Rwanda and Cameroon share a lot in common when it comes to good reputation in training peacekeepers. The partnership that we are going to explore will be based on training and research. We will submit a memorandum of understanding project to our respective authorities to be endorsed,” he noted. 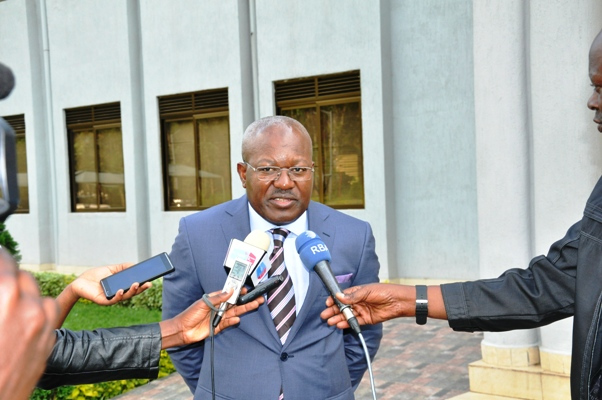 Adding, “From this partnership we are waiting the exchange that can lead to our institutions to do better their job in the field of training and research on security and peace support.”

The director of the academy, Col Jill Rutaremara, welcomed the request saying that it will be endorsed by relevant authorities.

Among other areas of cooperation, Rutaremara said that both institutions will be exchanging lecturers and doing integrated researches among other activities in line of their partnership.

“We are open to whoever wants to work with us especially in the same fields of training and research and in the area of peacekeeping which is what they (Cameroon)  do also; their school does exactly what we do so it is possible that we can actually partner,” he said.

Rwanda and Cameroon are both members of the APSTA that works with nine African leading Peace Support Training and Research Centres of Excellence from across the continent.

The Rwanda Peace Academy particularly sits on the APSTA Board of Directors.

Last year, the Government of Cameroon formally agreed to host the APSTA Secretariat and to provide financial support amounting to one million annually as well as providing diplomatic status to the senior personnel of APSTA Secretariat, according to officials.

This article was originally published on the New Times. Read the original article here.