Home » Society » The Situation In Cameroon Is Beyond Man-Clergy 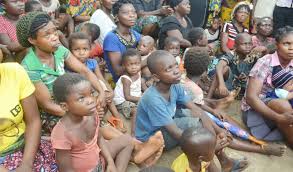 The Situation In Cameroon Is Beyond Man-Clergy

Yaounde (National Times)-Revered Augustine Monoke , Associate Pastor of the Presbyterian Church in Cameroon (PCC) at the Nsimeyong congregation  in Yaounde  says, the situation facing the country is beyond man  and needs only God to save the country.

The clergy made the observation as he ministered Sunday April 14th  during the Palm Sunday service in commemoration of a day Christians believe Jesus Christ entered Jerusalem triumphantly.

Preaching from St John’s gospel chapter 12 vs 12-19 illustrating the “triumphant entry of Jesus into Jerusalem”, the Man of God said the people sang “Hosanna” to Jesus which was another way of saying “Master save us.”

Relating it to the present situation in Cameroon, Rev Monoke said “Hosanna for Cameroon” and called on God to save the country.

He said the situation in Cameroon is beyond man and only God can save the country. He however, frowned at all those in authority who have sealed their lips in the face of evil and bloodshed in the country especially in the Anglophone regions.

The service which was attended by more than 3500 Christians also saw the dedication of 25 newly elected Elders to serve the congregation for the next five years.

The PCC  itself has been seriously affected by the war in Anglophone Regions. Some of its  Church houses have been burnt down, a Pastor killed under controversial circumstances and others  displaced.