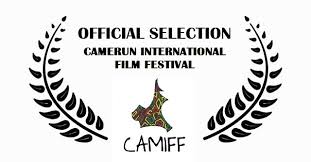 Buea(National Times)-The Cameroon International Film Festival (CAMIF)  for 2019 has been deferred to 2020 owing to the raging armed-conflict  rocking the two English-speaking Regions of the country The National Times has learnt.

Sources within CAMIF hinted The National Times that, the organisers decided to cancel the event after discussions with diplomatic services, administrative and security authorities. The CAMIF is usually staged in Buea, South West Region.

Buea had been programmed to host the event from April 22- 2017. Yet reports hold that, celebrities and other invitees to the event from out of Cameroon are said to have been advised on traveling to president Biya’s country as the government continues to battle separatists. The organisers are reportedly   hoping to stage the event in April of 2020.

The city has been immersed in sporadic gun battles, kidnappings for ransom and other happenings that have dispossessed the city of its hospitality.

CAMIF is a young initiative by film makers  in the country meant to boast and give exposure to the nation’s  struggling film industry. It traditionally witnesses the presence of star actors and film makers from Nigeria and a few others from different countries.

Promoters of the CAMIF initiative are mostly English-speaking reason why the current unstable atmosphere across Anglophone Cameroon is a setback to the rendezvous. This year’s edition was supposed to be the fourth.