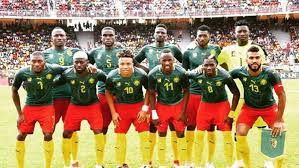 Yaoundé (National Times)-The last training programme for the Indomitable Lions of Cameroon has been slated for early June this year.

The training programme will run from June 4 to 17, 2019, ahead of the African Cup of Nations (AFCON) to be hosted by Egypt.

The first phase of the training programme will run from June 4 to 10, 2019 in Spain.

After the first phase, Clarence Seedorf and his soccer infantry will move to Qatar where they will spend seven days between the June 10 and 17, 2019.

From Qatar, the squad will then travel to Yaounde on June 18, before moving to Egypt where the 2019 AFCON will be played from June 21 to July 19.

Meantime, the Zambian Football Association is said to have solicited for a friendly match in the days ahead with the Indomitable Lions of Cameroon, who are still to give an official statement about the information.

All of this follows Seedorf’s publication of a 34-man list a week ago, which is made up of four goalkeepers, nine defenders, seven midfielders and fourteen attackers.

Cameroon seeks to retain the title it won in Gabon against Egypt two years ago. During the 2017 AFCON final, Vincent Aboubakar scored an 88th minute goal which put the final score at 2-1, thus crowning the Indomitable Lions as five time champions of the competition.

More from FootballMore posts in Football »