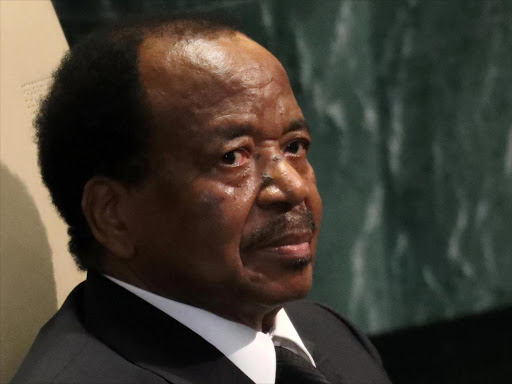 Yaounde (National Times)-The Government of president Paul Biya remains silent over new developments that the Switzerland  government is engaged in enhancing dialogue between it and separatists movements to end the crisis in the English-speaking Regions of Cameroon.

In the face of the new development, the government of president Biya has not issued any official statement to either confirm or debunk news of the negotiations. A host of separatists movements  have issued a statement in this light.

On  June 27th, the Swiss Federal Department of Foreign Affairs (FDFA)  issued  a statement  confirming that both  parties  had request it to act as mediator. The statement indicated that the Centre for Humanitarian Dialogue  (HD)  is engaged in  enhancing the moves.

The statement from the Swiss held that “at the request of the parties, Switzerland is acting as a facilitator  in the crisis in North-Western and South-Western Cameroon. To this end, a second preparatory meeting with various Cameroonian opposition groups  took place in Switzerland between  25and 27 June 2019”.

According to the same statement, “Switzerland can establish contacts and provide Communication Channels. Switzerland’s good offices are open to all concerned parties who wish to participate in facilitating the process. Switzerland adheres to the principles of strict neutrality and discretion. In other not to jeopardize the process, the FDFA does not comment on the content of the ongoing mediation efforts”. The statement read in part.

In reaction to same, some 8 separatists’ liberation movements issued a statement on June 27 admitting there were preparatory contacts. The groups assert  in their statement that “ under this arrangement, Switzerland is offering  its good offices  and will serve as mediator  in negotiations-which it is important to tress have not started between on the one hand , the Republic of Cameroon and on the other hand Southern Cameroons/Ambazonia”.

The groups  maintain that “ our goal remains  the same: we seek the restoration of the independence of Southern Cameroons/Ambazonia won before the United Nations (UN) General Assembly on 21st April 1961.

They further describe their acceptance of the ongoing  moves as  “ a leap in the dark to demonstrate our good faith”.

Within the Biya government, no official statement has been issued yet. Some separatists are already suspicious of government’s silence. Activist Mark Bareta issued  a reaction early Friday claiming the regime should also publicly acknowledge the development.

Biya  is supposed  to sign an official statement telling the world  on this initiative. That silence  is indicative .They are buying time while committing acts on the ground to completely neutralise us” Bareta argued.

Despite these political gesticulations, the a majority of the affected people across the restive Regions remain craving for peace at all cost. The government has since the crisis started stated that it is open to dialogue to end the crisis.