Cameroon(National Times)-Since the advent of university education in the early 1960s in Cameroon, many stories have been told of male University lecturers sexually harassing their female students and promising them hell if they fail to satisfy their huge sexual appetite.

Many female students have been forced to abandon higher education or moved to another university because of the menaces of male lecturers.

Few years ago, renowned University Professor, Jean Emmanuel Pondi, and others published a book about this sensitive topic. 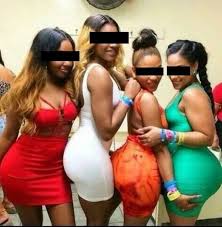 Last year, in next door Nigeria, a female student exposed the tapes of a male lecturer sexually harassing her which ensured that the lecturer was sanctioned by university authorities.

However, as time goes on and with more young brains joining the higher education corps, another silent angle of this sexual harassment is going on.

In this investigative piece, The National Times News spoke to many lecturers in both State and private universities and higher institutions of learning and they all affirmed the fact that there is a growing phenomenon of female students harassing their male lecturers.

“I have been confronted with the phenomenon of female students trying to seduce their male lecturers. Indeed, more than once I have been approached by these young students for extra-professional relationships,” Beppe Paul Yombo, Assistant Lecturer at the International Relations Institute of Cameroon said.

According to Lobe Ekambi, Lecturer at the University Institute of Science and Technology, Yaoundé, it is a growing trend in universities and young professors are under constant pressure from female students, a similar story confirmed by Dr. Omer Nfor of the University of Bamenda.

It was a big surprise to Dr. Charly Ndiapi, when he was just recruited to teach at the Protestant University of Central Africa as he narrated his ordeal with female students; “At first, I didn’t take note because I could not believe that a female student would even nurse such an ambition. However, I took note of certain things as I performed my duties but little did I know that these students were already sending extra-professional signals. After trying it for some while and I did not even understand, some of these students nursed the courage and confronted me asking why I am behaving indifferent to their moves, that they are already falling in love with me and they are sending signs but I am not responding. I was shocked and filled with disbelieve.”

The Choice Of Young Lecturers 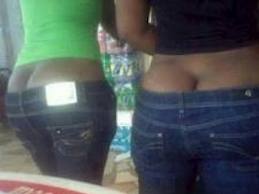 These lecturers, less than 40, all affirmed that ladies mostly go for the younger lecturers because they can easily identify with them. “Taking myself as an example I have realised that young Professors are really appealing to students and easy to be seduced,” Lobe Ekamby said.

In the opinion of Charles Nsinsia, lecturer at the CITEC Higher Institute of learning, young lecturers in universities and professional schools are in real trouble from girls who are always there hunting after them. “I have had several of these cases and it is almost becoming a norm now that every young lecturer must be confronted by harassment from female students,” he lamented.

“It is kind of indirect, and they start by asking you questions like whether you are married or not, having a girlfriend or not and so on,” Lobe testified adding that, “it becomes worst when you tell them that you are not married. They would ask you whether you are not seeing them or whether they are not woman enough for you.”

Leslie Ngum is a Teaching Assistant at the Doctoral School of Science at the University of Yaoundé I and he stated that the ladies have various indirect ways of sending their messages through. “Some flip their hair especially those with long hair and maintain permanent eye contact, while others come close to me sit and at times touch me while trying to explain their problem,” he said.

Leslie added that dressing has become a strong tool to conquer the lecturer. “They dress in a way as to expose their breast when talking with you. Some send their chest forward with their breast exposed while maintaining eye contact and smiling. A lady even came to my office and dropped her pen on my table and in trying to pick it she sent all her exposed breast to me,” Leslie narrated. 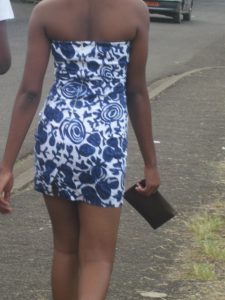 The telephone and social media have also facilitated things for the ladies as these young lecturers testified. “When they come to you and are unable to express themselves, they now go home and make a call knowing that you are unable to see them,” Nsinsia Charles stated. Paul Yombo narrated his ordeal with these female university students; “The modus operandi of these young girls is almost always the same. First they ask for your phone number pretending to have difficulties understanding your course. Then they contact you frequently often at indecent hours of the day. Personally, I have received naked photos from two students and a love letter from another.”

The motives do vary according to person. Charles Nsinsia said some of them come for sexually transmitted marks as well as money. “Some time ago, a female student was running behind me just for the money,” he indicated.

To Lobe and Dr. Ndiapi, a young and single Lecturer is a promise for a better future which these ladies are running after especially in an environment where it is becoming very difficult to find a partner with an income. In the opinion of Dr. Nfor Omer, it goes beyond the single as even married Lecturers are being hunted by girls for diverse reasons.

As we attempt to unravel the student-lecturer relationship from another angle, we came across some female students and after much hesitation they consented to testify on conditions that we conceal their identities.

“It was in 2014 when I enrolled in Ngoa Ekelle. There was this young Lecturer in my Department (names withheld). He was single and good looking and as a young girl searching, I thought I could have something to do with him. I would always go to his office sometimes late in the afternoon or evening when I know people would not disturb. I used to dress in a seductive manner so as to seduce him. Even when I had no problem, I would just go to his office pretending to have a problem, asking questions and most often out of school questions. I also made my speech to be seductive and appealing to him. One day, I even took his number and called him over the phone expressing my desire for him, but he turned me down, saying even though he is not married, he has somebody already in his life.

It was not an easy task for me because I was in the competition with many other ladies. You see the way they were scrambling to go to his office, the way they talk to him, touching their hair, smiling and trying to be sweet in their tongue and so on. Often, these ladies too would dress in very revealing outfits just to seduce the young boy. We were all in the game and but everybody was just trying his luck. At the end, it did not work out well as he rejected me and instead advised me that he will become like an elder brother to me.”

Delphine (not her real name as well) is in her twenties and she recounted her own part of the seductive campus story she had with a university lecturer.

“I was just a freshman in 2015 in the Faculty of Social and Management Sciences, University of Buea and during the second semester, I started dating one of my lecturers. He was 20 years my senior and married but that did not bother me because I had a double interest in him; for favours in exams and financial security.

Boys were running after me but how much could they give me. Initially the man did not open up but I pressed on. I was quite courageous because it wasn’t my first experience; I had dated a teacher in my high school.

Generally, it wasn’t so difficult as I used my facial expression and extra attention to conquer him. Actually, I had spoken with some of my friends from secondary school who were already in the university and they drilled me on some of such lecturers and their courses. I actually had a friend and course mate who was dating the friend of my lecturer and all these facilitated my job.

I also used to dress very sexy, wear makeups and keep wet /sexy lips which I used to charm him. One day in his office, he told me, ‘there seem to be some chemistry between us.’ I smiled and asked him to close his eyes that I had something to show him, and then I kissed him. He was surprised somehow but said it was good and that was the beginning of it.

Even though I knew I had no future with him because he was married, however, in the course of it I grew fun of him. We used to go out, sometimes he would visit me since I was living alone. I used to send him love letters and my photos just to keep him glue to me. I wanted to be the only one in his life but unfortunately, I later on realised he was dating other ladies. He started giving excuses and when I go to his office, I would meet my competitors all dressed very sexy. That is how after about a year and a half, the relation crumbled. Today, I am married and don’t wish my husband to know this part of me.”

Another female student, Jane (not her real name) is currently a postgraduate student in the Faculty of Science, University of Yaoundé. She said the situation is alarming to the extent that ladies develop enmity with their fellow ladies just because of lecturers. “Whenever we are with Dr….(names withheld) my female friend is always angry. She does not want any lady to be around because she considers us to be potential rivals. You see her desperation for the lecturer in the way she talks, seductive move, making as if she is a baby for the man to carry; she wants to be the only one to talk. But when you are a guy there is no problem because she knows you have nothing sexual to do with the man. She is not dating the man yet, but she is really desperate for him.”

Despite the growing temptation, these lecturers affirmed that they prefer to handle it their way, rather than reporting to the administration.

According to them the burden lies with the Lecturer, who should always know his limits with the students and try to impose his authority over the student and not yield to such temptations.  They argue that such ladies would always exist and it is impossible to stay away from it but possible not to cede to.

“As a teacher, I strongly believe that it is my responsibility to set boundaries with students and not the other way round,” Paul Yombo advised.

Lobe Ekamby warned that most of the time it end up as a sour episode in life when a Professor engages with a student and sometimes students even used it against Professors when they have already achieve their aim.

He advised lecturers not to yield to such temptations because it is more of a trap than a stepping stone to career growth. 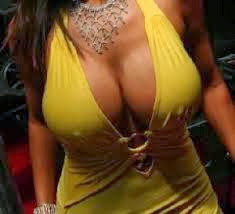 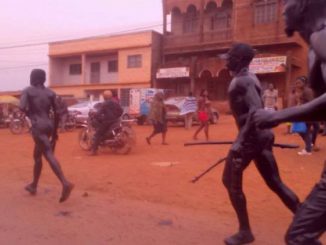 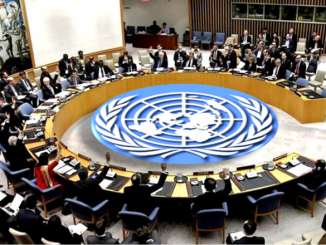 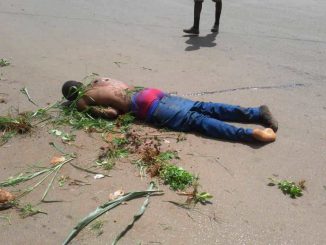