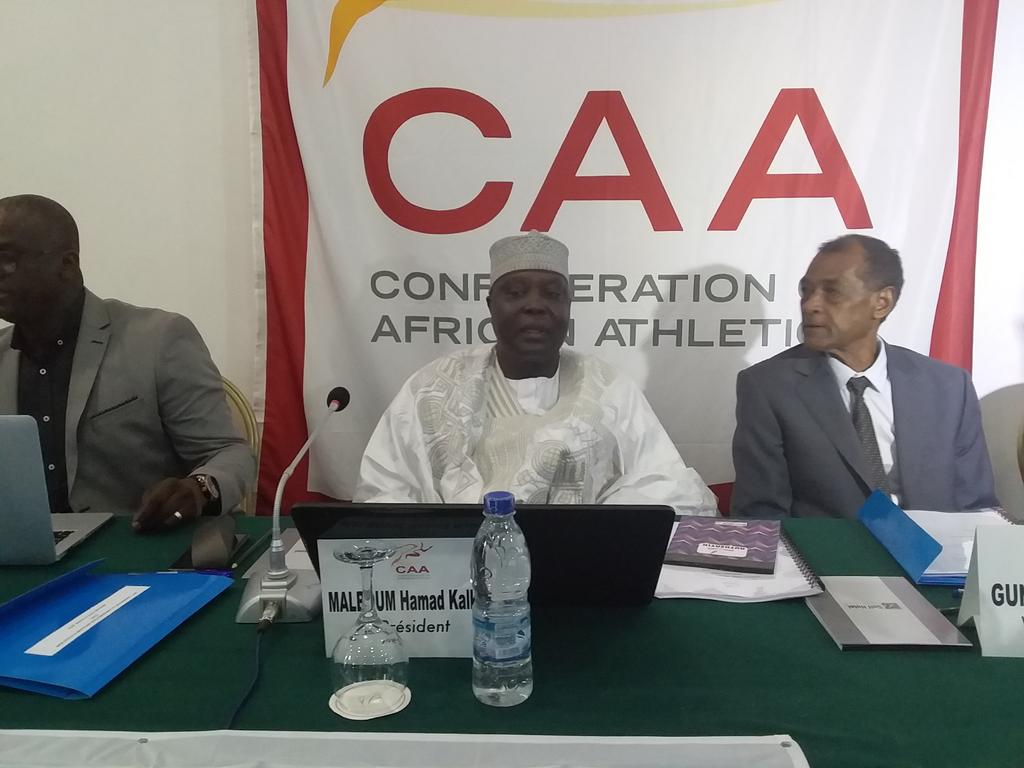 Abidjan(National Times)-Cameroon’s Colonel Hamad Kalkaba Malboum  has been re-elected for the 5th  mandate as president of the Confederation of African Athletics (CAA).

Colonel Malboum was elected Monday April 15th in Abidjan , Cote D’Ivoire as representative of athletics Federations from across the continent  converged for the exercise.

The Cameroonian crushed Tunisian Khaled Amara on a score of 44 to 7 votes  to return the CAA presidency. Two other delegates were absent during the voting.

Shortly after his re-election Colonel Kalkaba told Cameroon’s state broadcaster that, he intends to consolidate the achievements of the last mandate and to make African athletes competitive on the world stage. He equally used the occasion to appeal for more support for athletics from African governments.

Amara had campaigned clamouring for a change of leadership  at the CAA. He had promised to bring innovations, fight against doping and attrack more sponsors into African athletics. Controversy had even erupted over the deadline for the submission of  the Tunisian’s  candidacy. However, the electoral commission ruled in favour of Amara.

The Tunisian failed to undo the  Kalkaba Malboum effect  on African Athletics. Most delegates at the elections opted for continuity as the best option for athletics in Africa. Sebastien Co, president of the World Athletics Federation witnessed the election exercise.

In the meantime, the elections went underway prior to the Under 18 and 20 African Athletics championship that rumble off in Cote D’Ivoire today.

More from SPORTSMore posts in SPORTS »