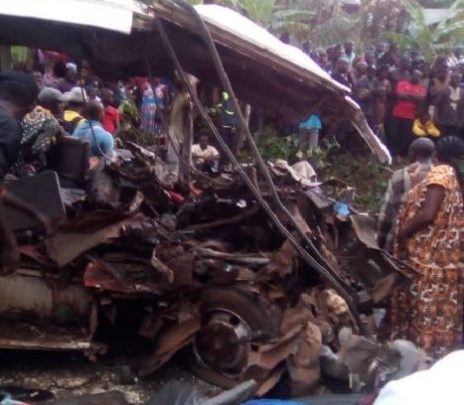 Bafoussam(National Times)-West Regional Governor, Awa Fonka Augustine, has published a detailed list of victims of the deadly motor accident which occurred in the locality of Lagoué, Baham in the Upper Plateau Division of the West Region on Sunday, June 23.

The Governor has urged families and relations to contact authorities of the Bafoussam Regional Hospital as well as the mobile wing of the West Regional Gendarmerie. 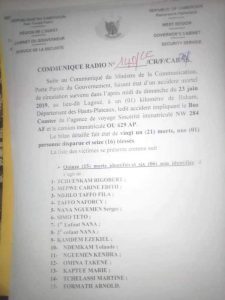 The accident is one of the deadliest in recent times in the country. It involved a transport bus plying the Bafoussam-Douala highway and a heavy duty truck. 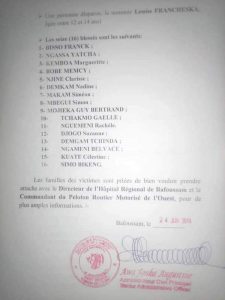 However, with the bad state of roads coupled with their very narrow nature, critics say the blame is also shared with the Government. Not even the numerous road safety campaigns by the National Gendarmerie and Ministry of Transport have been able to change the situation.