The opposition party’s assertion is part of the content of an extensive letter issued Sunday April 28th  in reaction to the abduction and release of the SDF national Chairman John Fru Ndi earlier on Saturday.

According to the statement bearing the seal of the First Vice National Chairman of the party, Honourable Joshua Osih Nambangi,  armed gangs,  militia groups  and gunmen  sponsored by regime bigwigs  have taken control of the North West and South West Regions.

“The SDF also reminds Cameroonians that unlike government propaganda, the two regions of the North West and South West are effectively out of government control. The secessionist forces, highway robbers and militias set up by government ministers have taken control of these regions to the dismay of the civilian population who are going through an unbearable drama”.

It posits that “the SDF through the voice of its National Chairman Ni John Fru Ndi has on several occasions made it abundantly clear that it is urgent and essential to organize an inclusive national political dialogue to get out of this crisis of multiple deflagrations. How many more deaths are needed before this necessary solution to bring to an end this crisis is finally implemented by the Biya regime?” Osih writes.

In the same statement,  the SDF claims, a cabinet minister staged a secret meeting in Yaounde same Saturday to  sponsor press reports to downplay the abduction of its national chairman.

“We have also been reliably informed that an emergency meeting was held in the night of Saturday to Sunday in Yaoundé between a senior state official, the state-party in power and the managers of various press organs in order to trivialize and denature the kidnapping of the National Chairman Ni John Fru Ndi, as if the party needed to wait for the burial of two of its cadres in Kumbo and Douala to proceed with such an ignominy. Newspapers that have been corrupted will be put to contribution to pour in a venom of denigration on our National Chairman and the SDF as usual, since they are not at their first act. This corrupt press would do better by going to inquire with the Minister of Defense, the Governor of the North West Region and the South West Governor, to see if the attacks on their various convoys in these two regions were mock attacks.

Publishing by virtue of banknotes handed-out cannot and will never justify odious publications that tarnish the image of the noble profession of journalism as well as the function of the press in general. Cameroonians will obviously not be surprised by such sponsored articles being dictated for publication in these newspapers early next week”

The party is also threatening legal actions on certain posts made while its leader was still in the unknown. “we took note of a slanderous, denigrating, abusive and completely unfounded post, published by a known spokesman of the same populist and extremist agencies that announced the pseudo release of the National Chairman. We express our utmost disapproval and have already asked our legal department to take all the necessary measures for judicial action to make good this damage”. The statement asserted.

Amid the many challenges, the party says it still has hopes that Cameroon can survive. “We still have hope that Cameroon will survive the actual damaging bad governance that has led us to civil war and we are leaving no stone unturned to keep that hope alive. We understand and have made it our position that only an exercise of truth, reparation and national reconciliation can save our nation”.  Osih wrote. 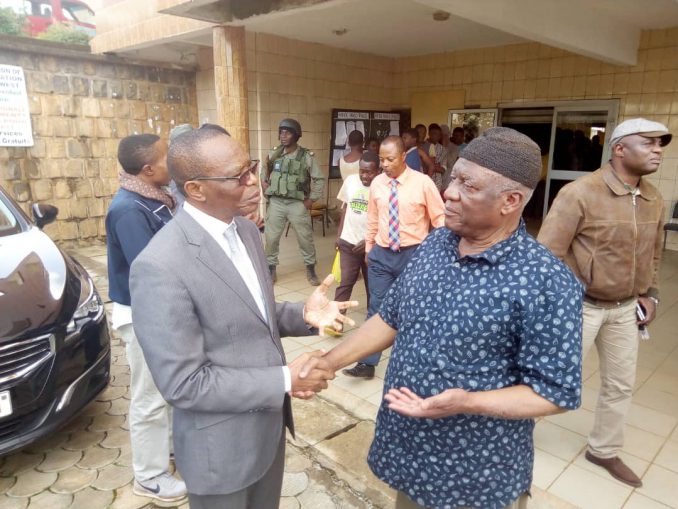