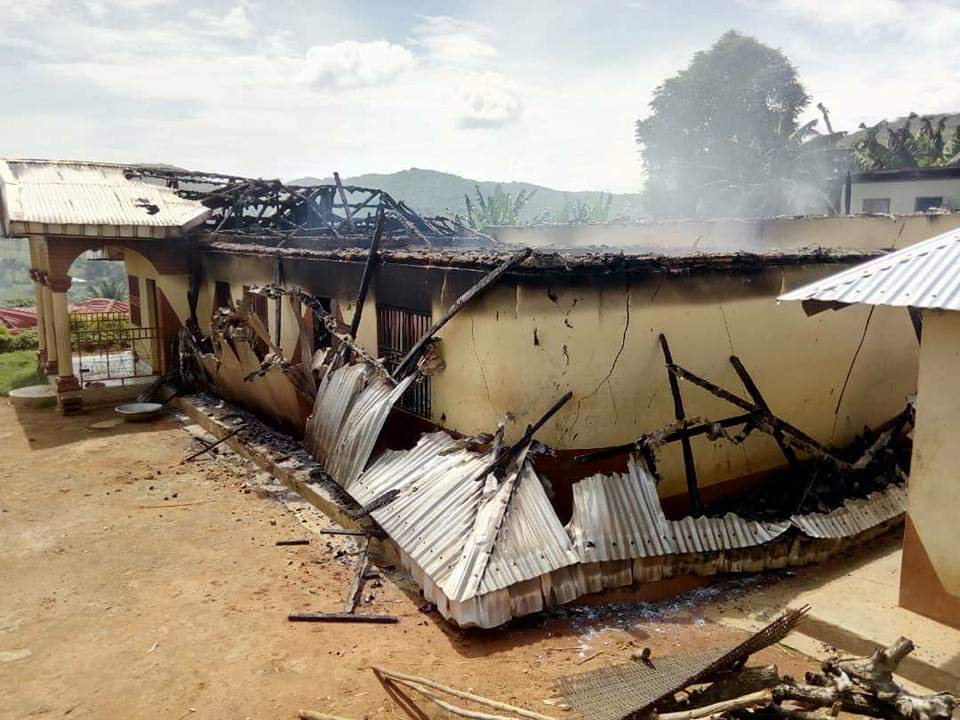 In a public statement  Tuesday June 4th,  the Governor writes  that, “ following  an attack staged by secessionist activists  in the night of  the 30th  of May 2019 in the Lake NYOS  resettlement camp in Ukpwa village, Wum Sub Division that led to the destruction  of homes, property and later on , the killing of a Hausa Community leader, a group of Housa  and Aku youths unfortunately  decided to take the law  into  their hands  by carrying out targeted acts  of vandalism in Wum  on the 3rd of June , 2019. “ The administrator stated.

The administrator  in the statement condemns the acts , promising investigations and at the same time saluting the prompt response of security forces. He asserts that, the security forces promptly responded and contained the situation. He has appealed for religious, political and traditional leaders to accompany the administration in the quest for peace across the Region.

Contrary to the Governor’s statement, locals in Wum  the National Times interviewed   are contesting what is said to have been  the prompt response of the security  forces. An  inhabitant said  two palaces namely Naikom and Waindom were destroyed by the Aku and Housa youths who went on rampage. The Governor’s release cited the same palaces but does not attribute the destruction to any group.

The same local said over one hundred houses were set ablaze. The local accuse security forces of watching on while the Aku and Housa youths went on rampage.

Other locals claimed that, while the carnage was going on, the security forces failed to live up to the billing. They accuse the uniform men of not doing enough to protect the population and to arrest the destruction of property.

Besides these conflicting accounts, dozens of short videos emerged across the social media  same Monday showing men in military attire  filming scenes of angry youths on rampage. The scene of the recordings are said to be Wum.

In the videos, some of the angry youths are seen and heard shouting ‘Allah is Great’ in the Arabic language. In others, voices are overheard asking questions in a mixture of bad English and French to those on rampage.

The respondents in the videos bearing clubs and daggers responded stating that, separatists’ fighters have killed their peers, destroyed cattle and property. They swore to destroy everything related to their targets. In another of such videos we could not independently authenticate, another respondent vowed to kill the parents of the  supposed separatists’ fighters  and destroy their homes.

The National  Times stumbled on another of such videos showing a military vehicle  with men dressed in military attire watching  as angry youths  went about executing their actions.

In one of the videos a voice posed a question in French Language “vous etes fachez  pourqoi’”. Loosely translated as ‘why are you guys angry?”. One of the angry youths said “ we are angry because this thing has been too much for us patron… because since… they have killed our brothers, they have done us several things  but we let go and persevere. But we have seen that, the issue is rather getting worst.. we are tired.. how many Muslim people  have they killed… all the times we have been quiet. Our parents in the bush they are not free, we in the town we are not free. So because of these kind of issues, we have decided that it’s better for us all to die if  it has come to the point of death. A person dies once and not twice”. The respondent said

At the moment, it is unclear if the persons seen in military attire are members of the security and defense forces of Cameroon’s military. Government is yet to respondent to the accusations leveled against the forces.

Some critics have since the beginning of the sociopolitical crisis in Anglophone Cameroon been accusing individuals of bath faith of trying to spark clashes between the mbororo community and other inhabitants of the North West Region.