Yaounde (National Times) Cameroon’s Minister of Energy, Gaston Eloundou has inaugurated the Memve’le Dam in the South region of Cameroon.

The opening ceremony which took place on April 16, 2019, brings on board another significant project in the country’s effort to tackle its debilitating electricity shortfall.

The 210 MW electricity that will be produced by the dam is more than the current 174MW consumed in the South West region of Cameroon annually.

The next step for the government now, will be to complete the transmission grid that will take the electricity from Nyabizan to Yaounde and other major cities.

The project did not come without challenges. Construction work were expected to finish in 2017, and domestic and international agencies have complained about the high cost of the project.

Notwithstanding the challenges, the completion of the work will give assurance to small and medium size businesses that the government is making significant efforts to address the country’s electricity problems. 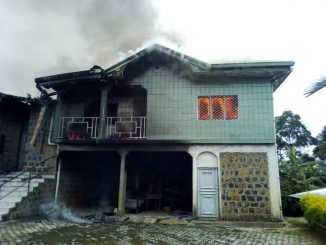