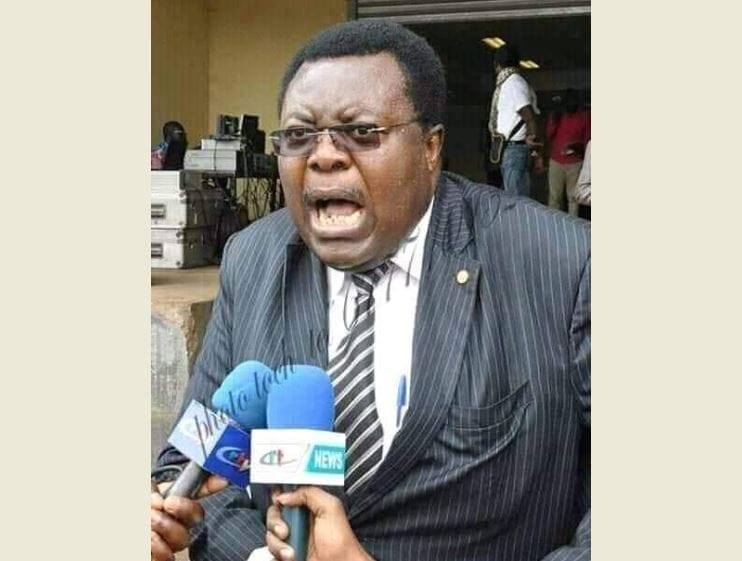 Douala (National Times)-The Minister Delegate to the Minister of Justice and Keeper of the Seals, Jean de Dieu Momo, has made another controversial outing in Douala.

During his outing, Momo attributed youth unemployment to laziness and urged every youth to read President Paul Biya’s “Communal Liberalism” in order to fight unemployment.

Momo made the declaration in the course of a public meeting organised by his party, PADDEC at the Douala Parcours Vita last weekend to thank Paul Biya for his appointment into the Government on January 4, 2019.

The Lawyer turned Politician declared that he has never been lazy and unemployed in his life and that most youths are unemployed in Cameroon because they are lazy.

According to him, Cameroon can become a country with zero unemployment if every youth can study the “miracle” of Paul Biya by reading the President’s book entitled, “Communal Liberalism.”

The politician, who was out to defend the ideology of Paul Biya in front of a population, largely made of youths, lashed out at those who blame Paul Biya for all the problems in Cameroon, especially unemployment.

“People say our children have not worked because of Paul Biya, lies,” Momo claimed.

He said during the last Presidential election everybody wanted power but he dribbled the others, scored the goal and has arrived.

Present at the ceremony were some members of Government and politicians including Laurent Esso of Justice, Joseph Anderson Le of Public Service and Jean Ernest Massane Ngalle of Transport.

Also present was University Don, Mathias Eric Owona Nguini, who argued that Momo’s changed of camp from an anti-Biya to a pro-Biya is a normal phenomenon in life and part of the freedom of choice every individual must enjoy.

Owona Nguini likened Momo to the Biblical Saint Paul, who was transformed on his way to Damascus.

It is to be noted that while Momo’s event was instead guarded by security forces in the presence of Douala administrative and traditional rulers, an anti-Biya event by CRM opposition party of Maurice Kamto in the same Douala and on the same day was prohibited by local administrative authorities.