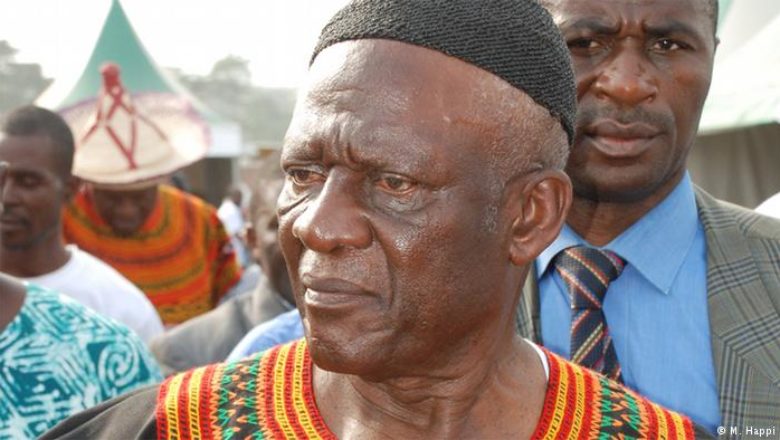 Bamenda (National Times)-Cameroon’s revered opposition politician , leader of the Social Democratic Front (SDF) party John Fru Ndi has been abducted  from his residence in Bamenda ,  in the restive North West Region of the country by unknown gunmen.

The incident  is said to have happened beyond midday Friday June 28. Fru Ndi was first abducted Saturday on April 17th this year. Then, he headed a convoy of party bigwigs to bury the late Joseph Banadzem erstwhile SDF parliamentary group leader in Bui Division.

Preliminary reports in relation to today’s development hold that, Fru Ndi was taken to the unknown from his Ntarinkon residence. Unconfirmed reports hold that the politician had just returned from the hospital. He was said to be in the process of taking lunch in preparation for drugs when unknown men accessed his home.

The same reports we are still monitoring indicate that Fru Ndi’s bodyguard was shot on the leg. The victim is said to have been rushed to the hospital .  In the meantime, the gunmen are reported to have ferried the chairman away in a red coloured starlet car. The abductors were said to be in possession of sophisticated weapons.We are monitoring the situation to ascertain the developments.