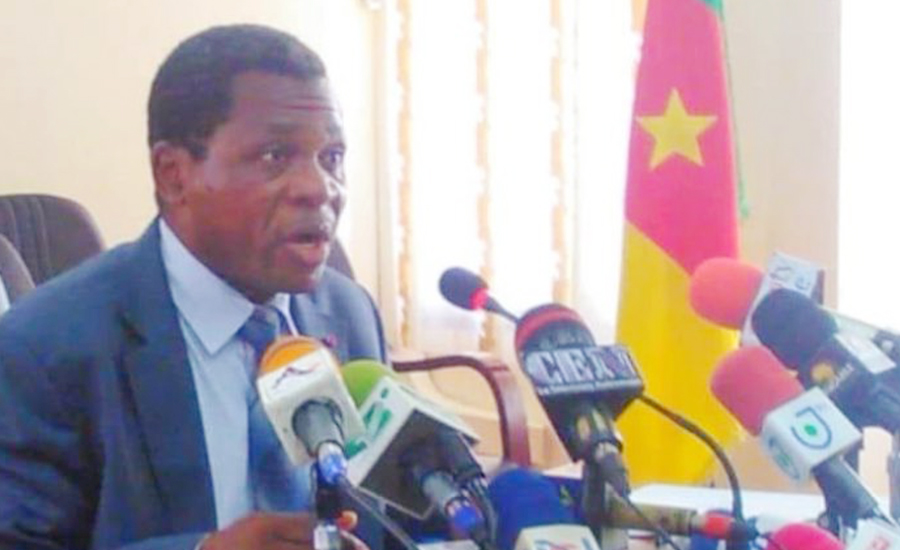 Buea (National Times)-Cameroon’s Territorial Administration Minister Paul Nji Atanga has told Non Governmental Organisations (NGOs) operating within the context of the crisis in the country’s two English-speaking Regions that, they cannot cry more than the bereave.

Speaking  to the press in Buea, South West Region on Tuesday June 4 shortly after installing a team to coordinate humanitarian aid for victims  of the crisis, the Minister said NGOs and humanitarian organisations crying more than the bereave gives room for suspicion.

Atanga Nji observed that, NGO’s and other humanitarian organisations carrying out activities within  the concerned regions must work in collaboration with administrative authorities  and the teams put in place.

He admitted that, the organisations have to be neutral in their field activity but maintained, they must  work in line with the laws of the land; update the local authorities and ensure that, security forces guarantee their safety as they go about the field work. The minister disclosed that, this far, government has reached out to 104 thousands internally displaced persons (IDPs) across the two Regions.

Minister Atanga Nji had executed a similar installation in the North West region before moving over to Buea. The installation of the coordination teams comes in the wake of government’s resolve to be in the know of whatever is transpiring within its territory. It also comes amid allegations of unscrupulous individuals diverting aid meant for victims of the crisis.

The same minister has been at odds with some civil society organisations whic he accused of inflating figures of IDPs for ulterior motives.  These divergences over figures were also reechoed by External Relations Minister Lejeun Mbella Mbella as he faced the Diplomatic community in Yaounde recently.

There has been repeated suspicion within the government in place that, some NGOs are financed by persons with a hidden agenda to distablise Cameroon. Government has maintained that, the crisis does not pose any threat to world peace and security. It has repeatedly maintained that, the situation is under control.

Yet International organisations such as Refugees International published a recent report maintaining that, 1.3 million people in the affected Regions are in need of humanitarian aid. The Norwegian Refugee Council (NRC)  on Wednesday June 5th released another report classifying the Anglophone crisis in Cameroon as the World’s most neglected conflict.