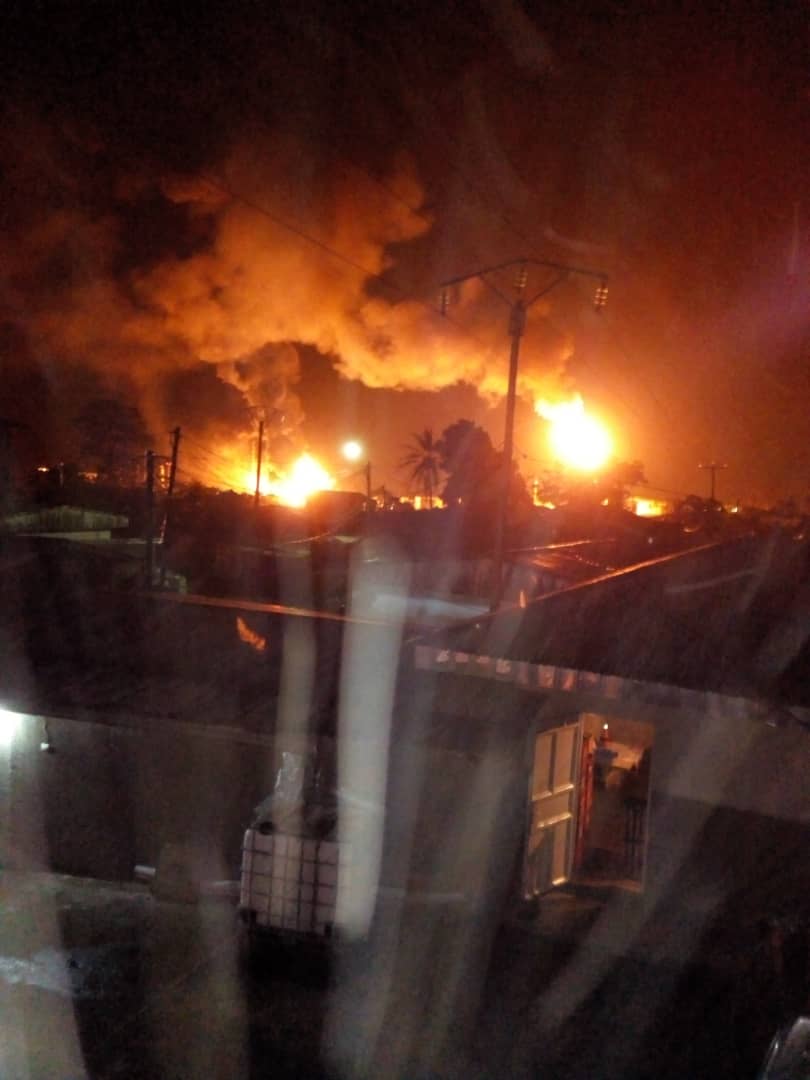 Limbe (National Times)-Cameroon’s diaspora activists paying allegiance to the ‘Amabazonia Movement’ associated with the crisis in the country’s English-speaking Regions took to the social media late Friday May 31st propagating contradictory information moments after an explosion at the National Oil Refinery Corporation SONARA.

The SONARA explosion which erupted around 10PM  rattled the social media and the entire country. At first, many thought the entire corporation was up in flames.  Moments later, firefighters were able to put out the inferno.

While the management of SONARA and the state of Cameroon is yet to clarify public opinion over what actually happened, separatists have been unleashing different interpretations of the incident.

Late same night,  one of the activists Eric Tataw staged a live facebook show describing the incident as a divine accident staged by God to punish the regime in place. The activists rather used his outing to make declarations on “what  the SONARA fire means to the Ambazonia independence Movement”. He claims it was an accident designed by God to rid the self-declared separatist state of Ambazonia anything that empowers the Cameroon Government.

Another activist Mark Bareta on his facebook page wrote that “to build we must destroy. To go to heaven, you must die. To build Ambazonia , we must send Cameroun out of Ambazonia. Thank you Victoria silent  worriors –The black cats”.

Tapang Ivo on his part wrote that , “vipers of La Republic did it. Those who doubted what I announced about vipers can now attest”.

Observers infer from the divergent messages an attempt to link the SONARA incident with the Anglophone crisis.

Unofficial information indicates that, the incident was the result of an explosion outside the main installations of the company and not at the heart of it. Sources say it is the consequence of a technical fault. Many fear the spark of yesterday could be linked to the epileptic power cuts that bore risk of restarting installations all the time.

Despite the confusion, reports emerging early Saturday piont to enormous damage on the entire refinery. It is feared that, the corporation might take time to recover from the damage of yesterday’s incident. SONARA is an important institution in the economy of Cameroon. Its problem will have a multiplier effect on the entire country.