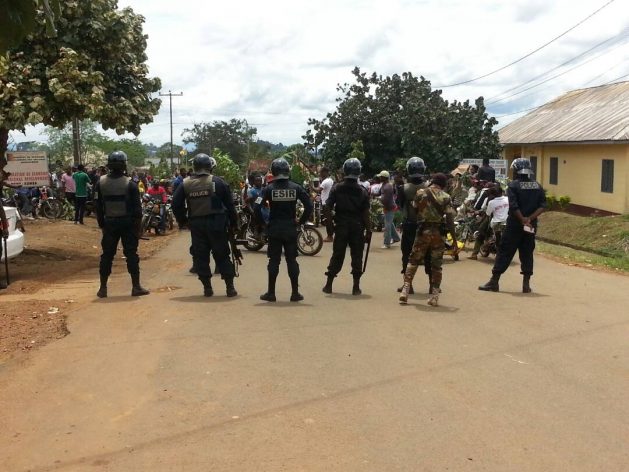 Cameroon(National Times)-Human Rights Watch has released another detailed report about the atrocities in Cameroon, urging the United Nations Security Council to put the situation on its agenda, as it meets on May 13.

“The United Nations Security Council should put the situation in Cameroon on its agenda, condemn torture and incommunicado detention, and call for the Government to end these practices, Human Rights Watch said,” the Monday May 6 report reads.

According to the rights group, the Biya regime is not committed to solving the Anglophone question.

“Despite previous reports documenting serious abuses, the Government has made no visible progress on ending torture and incommunicado detention. Nor has it carried out the December 2017 recommendations of the UN Committee Against Torture, including to ensure prompt, effective, and impartial investigations into all allegations of torture, ill-treatment, and incommunicado detention, and appropriate prosecution

and punishments for suspected abusers,” the report revealed.

“Failing a serious effort by the Cameroonian Government to confront torture, Cameroon’s international partners should reconsider their support, including training and capacity-building, to institutions directly involved in these human rights violations,” the report says.

“Sixteen of the former detainees interviewed were arrested in Nigeria and forcibly returned to Cameroon despite being registered refugees or asylum seekers. The Nigerian Government returned these men, alongside at least 42 others, in January and March 2018, in violation of the principle of non-refoulement – the practice of not forcing refugees or asylum seekers to return to a country in which they may be subjected to persecution or be at risk of torture or cruel, inhuman or degrading treatment or punishment. The UN High Commissioner for Refugees condemned their forced return to Cameroon. More than half a million people have been displaced since late 2016 following the unrest in the Anglophone Regions, including 30,000 in Nigeria.

“Nigerian authorities should immediately put in place effective measures to protect vulnerable Cameroonians from being forcibly returned to Cameroon in violation of their rights as refugees and asylum seekers”, Human Rights Watch said.

This latest report explores different abuses committed by Cameroon in handling suspects, mostly of the   Anglophone Crisis, with striking testimonies from victims.

“Cameroonian authorities have tortured and held incommunicado detainees at a detention facility in Yaoundé, Cameroon’s capital. Gendarmes and other security forces at the State Defence Secretariat (Secrétariat d’Etat à la défense, SED) have severely beaten and used near-drowning to extract confessions from detainees suspected of ties to armed separatist groups.

“Human Rights Watch documented 26 cases of incommunicado detention and enforced disappearance at the SED detention site between January 2018 and January 2019, including 14 cases of torture. The total numbers are likely much higher, because abuses are committed in secret and many former detainees are reluctant to speak because they fear reprisals. Human Rights Watch has received further credible accounts since April, indicating that these violations continue,” the rights group has said.

The report has not exonerated armed separatist fighters, either.

This new report comes at a time when media reports suggest that the upcoming United Nations Security Council meeting will talk the socio-political crises plaguing Cameroon.

Last Saturday, the UN High Commissioner for Human Rights rounded up a four-day visit which saw her talk with several stakeholders in the unrest in Cameroon.

And many Cameroonians hope her findings are explored at the upcoming UN Security Council meeting.

Human Rights Watch is an international Non-governmental Organization, with headquarters in New York City, which conducts research and advocacy on human rights.