Home » Society » Anglophones Are Being Made To Know They’re Nothing, Moderator PCC 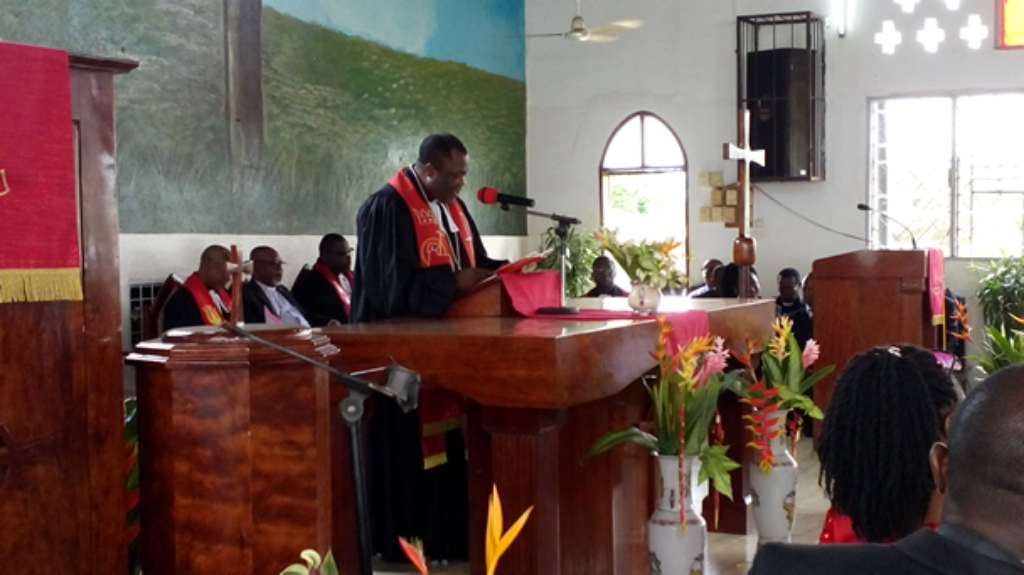 Anglophones Are Being Made To Know They’re Nothing, Moderator PCC

Kumba(National Times)-The Moderator of the Presbyterian Church in Cameroon (PCC), Rt Rev Fonki Samuel Forba, has lashed out at the Government and international community for abandoning Anglophones in trying moments like this.

“Anglophones are being made to know they’re nobody…..we’ve been abandoned to ourselves,” Rev Fonki said.

Speaking during the graduation and authorisation ceremonies of some Pastors and Assistant Pastors of the Church on Sunday, June 2, 2019, Rev Fonki noted with dissatisfaction that the international community has failed Anglophones, while the bloodshed continues.

Talking about the Government of Cameroon, the Man of God said he knows the regime’s position in the conflict but refrained from disclosing it.

He, however, held that Anglophones are facing extinction. “Our people are being gradually crushed into nothing,” he noted.

Rev Fonki hailed the thousands of Christians and graduates who showed up for the event and called it a “miracle” as per the prevailing situation.

He encouraged them to nurse the faith of Moses and to belief that “in every rocky situation there’s water beneath.”

He cautioned the leaders of the society with this message – “The circular would one day crumble…if they continue to build on the foundation of falsehood.”

While lamenting over the devastating effect of the war on the Church, Rev Fonki encouraged the young Pastors to carry the Gospel of Christ to the hinterlands including those in the bushes.

It should be noted that the ceremony which takes place yearly at the Presbyterian Church Fiango was transferred to Kumba Mbeng Congregation in the same town because of security concerns.