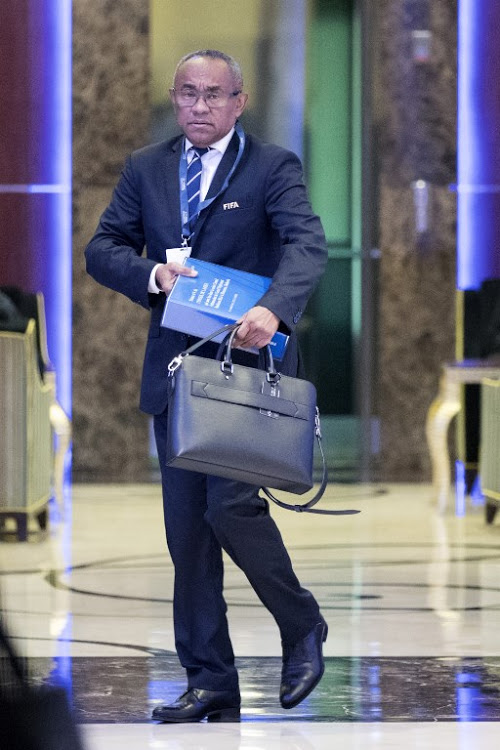 Paris (National Times)-The release has been reported of Ahmad Ahmad president of the Confederation of African Football (CAF)  arrested earlier Thursday June 6th  at a Hotel in Paris-France.

Ahmad is sojourning in France as part of the World Football Governing Body (FIFA) congress on the eve of this year’s women’s world cup that rumbles off tomorrow.

Ahmad’s release comes after he has spent hours in the custody of French authorities. Reports emerged earlier on that, he had been taken in for questioning on details relating to contracts he unilaterally handled.  The French Services of the Central Office to Fight Against Corruption and Financial offenses is said to be the institution handling the investigation

Top among these contracts is that involving German sportswear manufacturer PUMA.  He is accused of misconduct in the deal which benefitted the French Technical Steel Company based in La Seyne-sur-er. A top employee of the company is reported to have confirmed the entity paid over 739.000 Euros to get the contract signed. The CAF boss had within the first quarter of this year faced allegations of corruption and sexual misconduct.

There are equally unanswered questions relating to Ahmad having supposedly bribed president of Football Federations of African countries. He is also accused of spending CAF’s cash on cars in Egypt and Madagascar.

From 8:30AM Thursday till the evening hours when Ahmad regained his freedom, there has been no official statement from CAF. It is only FIFA that released a statement shortly after his arrest stating it could not make specific declarations on his arrest.

The body maintained   its stance to eradicate corruption in the statement earlier today;  to stand against all forms of corruption. It had in that statement maintained that, anyone found of wrong doing within the corridors of football must face the law but maintains the need for the presumption of innocence proven otherwise.

Ahmad 59, from Madagascar assumed the leadership of CAF in 2017.His arrest earlier today shook the  sporting world especially in Africa. The African Cup of Nations (AFCON) 2019 begins under 14 days from now in Egypt. The concerned is yet to make nay statement on today’s drama.

Published in AFRICA NEWS and SPORTS