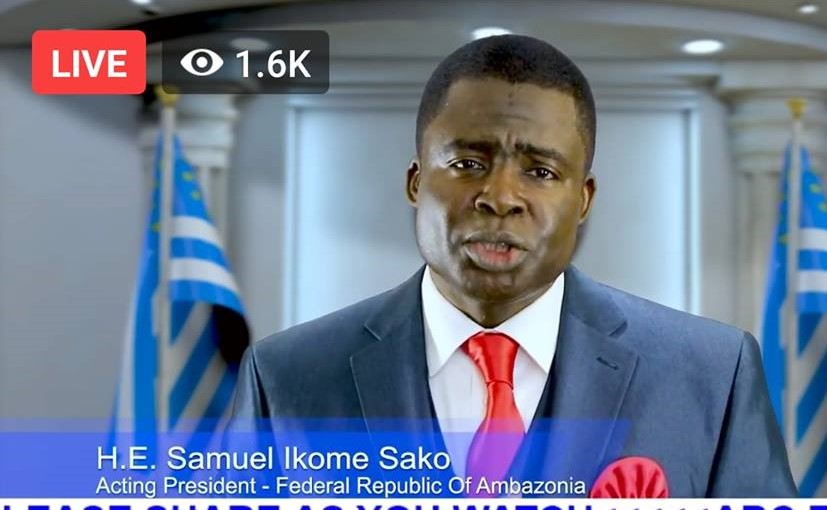 Cameroon (National Times)-One of the prominent figures in the Ambazonia Movement, Dr. Ikome Samuel Sako, has hinted that talks are already on-going between his movement and the Government of Cameroon.

Dr. Sako, who is the Head of the Ambazonia Interim Government (IG), broke the news on his Facebook page recently.

“If we truly want a negotiated settlement, we cannot ignore informal talks directly or indirectly with mandators or facilitators on the other side,” Sako said.

According to Sako, who took over the running of the Interim Government of Ambazonia after the arrest and incarceration of the leader, Sisiku Ayuk Tabe in January 2018, it would be bad faith if they shun any attempt at dialogue with the Government of Cameroon.

He criticised such arguments as insincere. “Those who celebrated meetings in Belgium with facilitators and are now trying to cast doubts on a meeting with agents of the Swiss Government, who are trying to facilitate efforts towards dialogue with LRC (Government of Cameroon) are insincere,” he stated.

The outing by Dr. Sako confirms previous reports that underground talks were already going on under the auspices of the Swiss. The news was first of all made public by French newspaper, Le Monde.

It should be noted that last month, National Times published a paper wherein it stated that the Biya regime was already holding informal talks with leaders of the Ambazonia movement.

The discussions were being organised on behalf of the Biya regime by the Swiss Centre for Humanitarian Dialogue.

These meetings also informed the signing of a joint communication by 11 Ambazonia leaders on May 28, including Samuel Sako, stating their willingness to formally hold talks with members of the Biya regime.

Sako’s revelation has not gone well with some leaders of Ambazonia, who are raining insults on him for being too ambitious and going to negotiate with a Government which has shown very little faith as fighting and human rights abuses are still ongoing.

According to this school of thought, Sako and cohorts may be making another Foumban mistake where the Former British Southern Cameroons Government led by Dr John Ngu Foncha, was unable to negotiate a fairer deal for its people.

Latest unconfirmed reports state that some Ambazonia leaders would be in Switzerland on Monday, and Tuesday to hold talks with an undisclosed Swiss organisation.

However, on the ground, the war is still raging on.