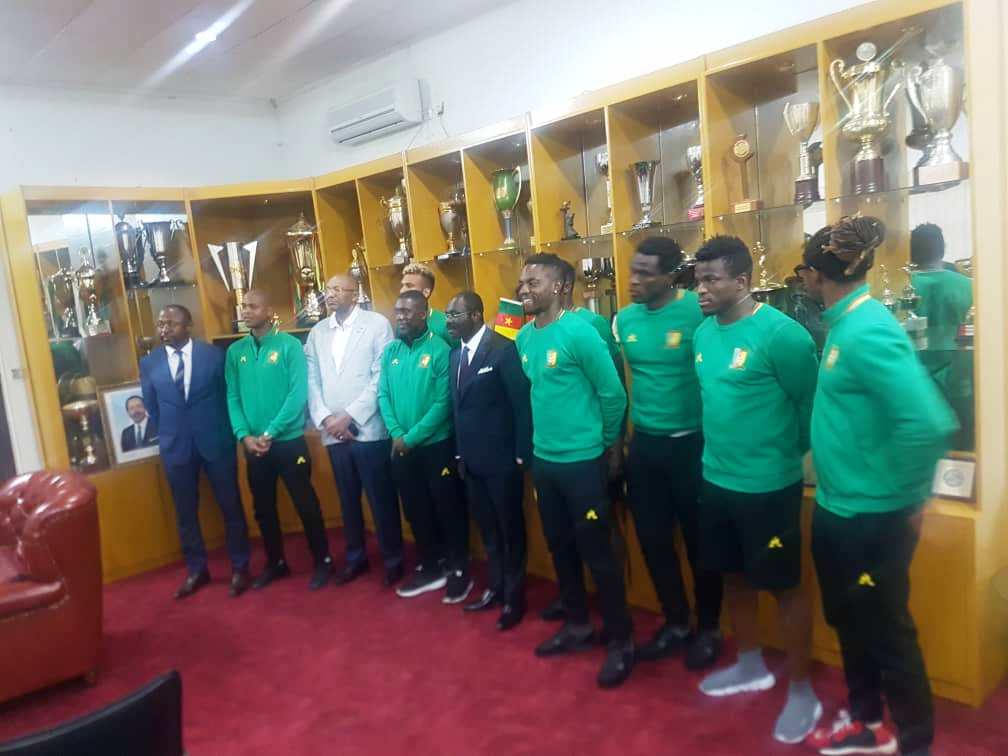 Yaounde (National Times)-Cameroon’s Indomitable Lions are yet  leave the country for Egypt  for the 2019  Afrcian Cup of Nations (AFCON) tournament which rumbles off today following disagreements over participation  bonuses.

The team had been programmed to for the Egyptian City of Ismaila at nightfall Thursday June 20. Moments later the flight was  shifted amid  disagreement over the amount each player should receive as participation fee.

As a the time of processing this piece, negotiations among the government, officials  of the Cameroon Football Federation (FECAFOOT) and the players had ended.   However, unconfirmed information holds that, the players are due to leave for Egypt by 2pm Friday.

They rejected an offer of FCFA 20 million per player. Sources say the players are asking for an extra FCFA 5million to be added to their participation bonuses. This they  are known to have achieved

Today’s ugly twists comes as the nation mourns 17 of its valiant soldiers killed in a recent Boko Haram terrorist attack in Darak, Far North Region of the country.

According to a statement in circulation attributed to the players a copy of which the National Times stumbled on, there are a series of issues  to be handled. The document cites the non respect of presidential decree No: 2014/284 of 26 September 2014  on the organisation and functioning of national selections.

Article 14 (2) states that bonuses for friendly and official matches in case of qualification for any tournament  are agreed upon by FECAFOOT and the Ministry of Sports  ahead of time. In case of AFCON or Olympic game, the bonuses according to the decree are to be known three months before the competition.  Sub 3 of the same article indicates that players and the management team are supposed to be informed.

The document cites the irregular payment of bonuses from the top sponsor of the team in the last four quarters. The players write that, they are aware of Cameroon’s difficult socio-political atmosphere  but said their hope is to  at least honour  the people.

The disclosed accepting FCFA 15 million during the AFCON 2017 as participation bonus based on the socio-economic situation  of the county. They furthered that, an agreement for a 25 percent reduction in their bonuses was to enable the country prepare for the hosting of the 2019 AFCON.

The squad in the same statement deplores the lack of communication between players and those parading the corridors of football in Cameroon. The players state in the statement that, such haphazard management accounts for the refusal of Joel Matip, Nicola Nkoulou and Stephane Mbia to  be part of the national team.

At Midday, the state media was reporting that, the time of departure was yet to be determined. The public service media said, the journey for Egypt was 90 percent certain while the rest will depend on the situation of the weather. This is said to be the consequence of the team’s failure to leave for the tournament yesterday.

More from SPORTSMore posts in SPORTS »