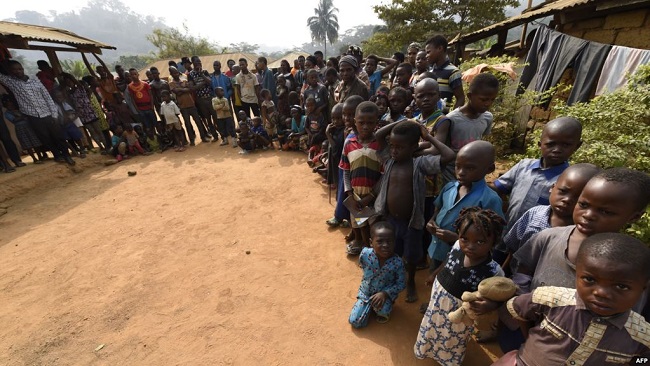 UNICEF’s spokesperson Toby Fricker at a press briefing on Friday June 21 in Geneva stated the figures insisting that some 650.000 people of the 1.3 million affected by the crisis are children. The figures remain at variance with declarations from government officials who claim only 150.000 people are in dire need of assistance. As at now, government claims some 104 thousands have received humanitarian aid.

Toby said “ children and their families are suffering amidst and fleeing  armed violence, attacks  on their homes and schools, abduction, sexual violence and recruitment into armed groups .Imposed ghost lockdowns, or ghost town days set in place by non-state armed groups  are affecting people’s freedom of movement  and the delivery  of humanitarian assistance”.

UNICEF observes that “ thousands  of people lack access or have  reduced access to basic services such as healthcare and safe drinking water, and livelihoods have been destroyed”. The body decried that some 74 schools have been destroyed while 80 percent of schools across the North West and South West Regions have been closed. It puts the number of children affected at more than 600.000.

At the same outing, the body describes the targeting of children as putting an entire generation at risk. It observers that humanitarian access remains a challenge. It calls on the parties involved in the conflict to protect children and their families in line with international humanitarian law.It also calls on them to protect and  re-open schools  and ensure safe learning for children .

At the same briefing, UNICEF said it needs US$ 20million to adequately respond to the  “emergency in the North West and South West regions this year”. It called on donors to scale up actions. UNICEF’s presence across Cameroon dates back to 1975. It has been advocating for children’s rights. If schools fail to resume in the affected regions come September this year, it would be  a fourth consecutive year of academic blackout.