Kumba (National Times)-Elements of Cameroon’s security forces  stormed  parts of the Kosala vicinity  in Kumba , South West Region early Monday April 22 conducting a search of homes. The action is not unconnected to the military response to separatists’ incursions across the North West and South West Regions.

Beyond Midday, inhabitants of Kosala confirmed to The National Times that, security officers accessed and search their homes. One of our respondents said nobody was arrested but for cases of peoples’ property that were almost carried away. Our respondent said , a neihghbour’s  bike was already placed in a security van for transportation to the police station but the population pleaded with the officers in command.

In the course of the raids, some individuals escaped the searched neighbourhoods for fear of the unknown. Individuals were asked to identify themselves as the house search continued.

Today’s incident is less rigid compared to a similar one last week. Then a mixed team of gendarme and police officers raided the same vicinity and two others within Kumba arresting anyone they suspected could have links with separatists’ fighters. Reports talked of at least 200 persons picked up for questioning then. Most regained their freedom after allegedly paying bribes worth FCFA 50.000.

On Monday last week, hours of gun battles rattled the entire Kosala vicinity putting inhabitants in panic. The neighbourhood is feared to be among the areas in Kumba suffering from the infiltration of gunmen claiming allegiance to the separatists’ movement.

In  the last three weeks, clashes in this area with security forces have spilled to the road in Fiango sometimes interrupting traffic. Kosala is linked to Matoh village in Konye Sub Division through bush paths. Gunmen are suspected to be using these axes to move into Kumba and create panic before retreating to their hideouts. 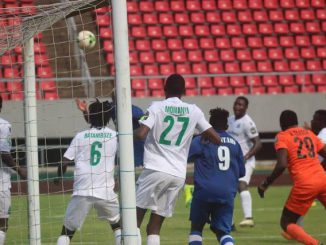 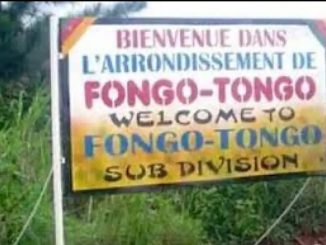