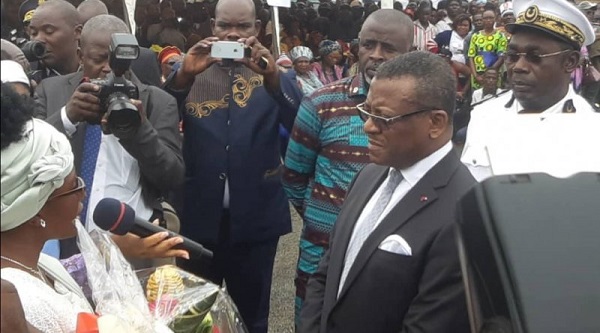 Yaounde (National Times)-Cameroon’s Prime Minister Joseph Dion Ngute is anticipated in the restive North West and South West Regions in the coming days The National Times has leanrt. The visits whose dates remain concealed will be the first for the head of government to English-speaking Cameroon since the March 2nd Cabinet reshuffle.

Sources hinted The Nation Times that, the Prime Minister is first expected to be in Bamenda this weekend. Here, he is expected to meet with the North West Community.

During these visits, the head of Government is said to grant a series of audiences to different socio-professional groups.  The exchanges are said to also focus on ways of enhancing the return of peace across the two Regions which have been crippled by close to three years of socio-political uprisings.

The social fabric across these two regions has been grounded. Companies have stopped functioning due to rising insecurity.  The cases of the Upper Noun Development Authority (UNVDA) in the North West Region, the Cameroon Development Corporation (CDC) and Pamol plantations in South West Regions remain disturbing.

Traditional rulers across these areas have abandoned their palaces. Clashes pitting security forces and gunmen paying allegiance to separatists have pushed hundreds into the forests.

The informal sector and Agriculture which holds the fortunes for a source of livelihood and food supply for thousands of families is at a standstill.  Thousands of kids across these two Regions have been unable to go to school owing to the Anglophone crisis.

How the prime Minister will navigate through these challenges to see his kith and kin once ,more leave in peace and unity within Cameroon remains a herculean task. Both visits are anticipated to take place between today and next weekend except there are last minute changes  in the PM’s itinerary.