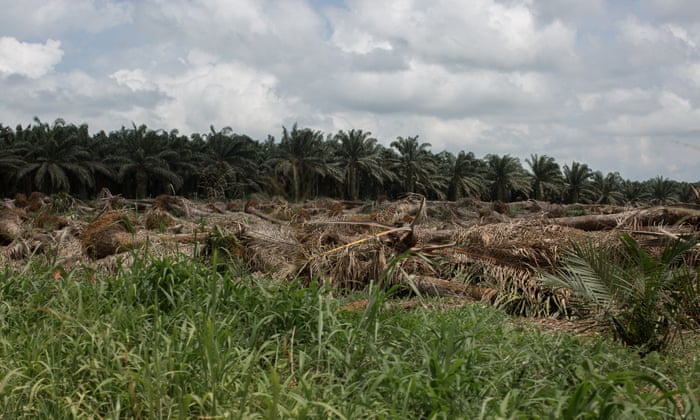 Yaounde (National Times) – The rich biodiversity of the Southwest region is increasingly threatened by multinational companies, absence of comprehensive environmental protection policies in Cameroon, but until now few people have connected the small palm oil farming and production in the Southwestern part of Cameroon and their threat to the regions environment.

A new study published on Nature and Communications, has found that Oil palm expansion Southwest Cameroon driven by the proliferation of informal mills is causing massive deforestation in the region. The study conducted by Elsa M. Ordway, Rosamond L. Naylor, Raymond N. Nkongho and  Eric F. Lambin was published early this year.

Millions of Cameroonians rely on palm oil as their primary cooking oil. According to the study, palm oil production in Cameroon increased by over 67% between 2000-2015, and while for a while most people have accused large scale agro-industrial plantation companies for the growth, this new study actually argues that small milling firms are a huge contribute to the growth of palm oil plantations in the region.

This is important because for decades now Cameroonian farmers and citizens are increasingly suffering from the damages of deforestation. According to Greening Forward, an environmental protection organisation, “ In many communities in Cameroon, especially in the southwest region which accounts for more than 20 percent of the forest of Cameroon, many believe the forest is meant to be exploited or cut down to meet their needs. Bush burning and unsustainable logging is very rampant, and many believe forest resources, including the timber and non-timber products, are inexhaustible, and that what they get from the forest is too minimal to make a difference”.

This tradition of cutting down trees without careful examination of the impact however, is leading to poor soil fertility and damaging agricultural activities in the region. According to researchers at Earth Watching, “The effects of deforestation in Cameroon; such as the erosion of agricultural lands, drying up water bodies during dry seasons, desertification, disappearance of plant and animal species, modifications of both local and regional climatic conditions and global warming through its effect on the global carbon cycle are likely to affect agricultural activities and economic growth”.

The rich biodiversity of Southwest region is increasingly threatened by aggro-industrial plantations. However, as we point fingers at this big predators, it is time we turn to small farmers and their impact on the environment. Studies like this which like local activities and businesses with deforestation in their regions is a wakeup call for Southwestern Cameroonians to re-examine the rate of palm oil plantation in this critical region.