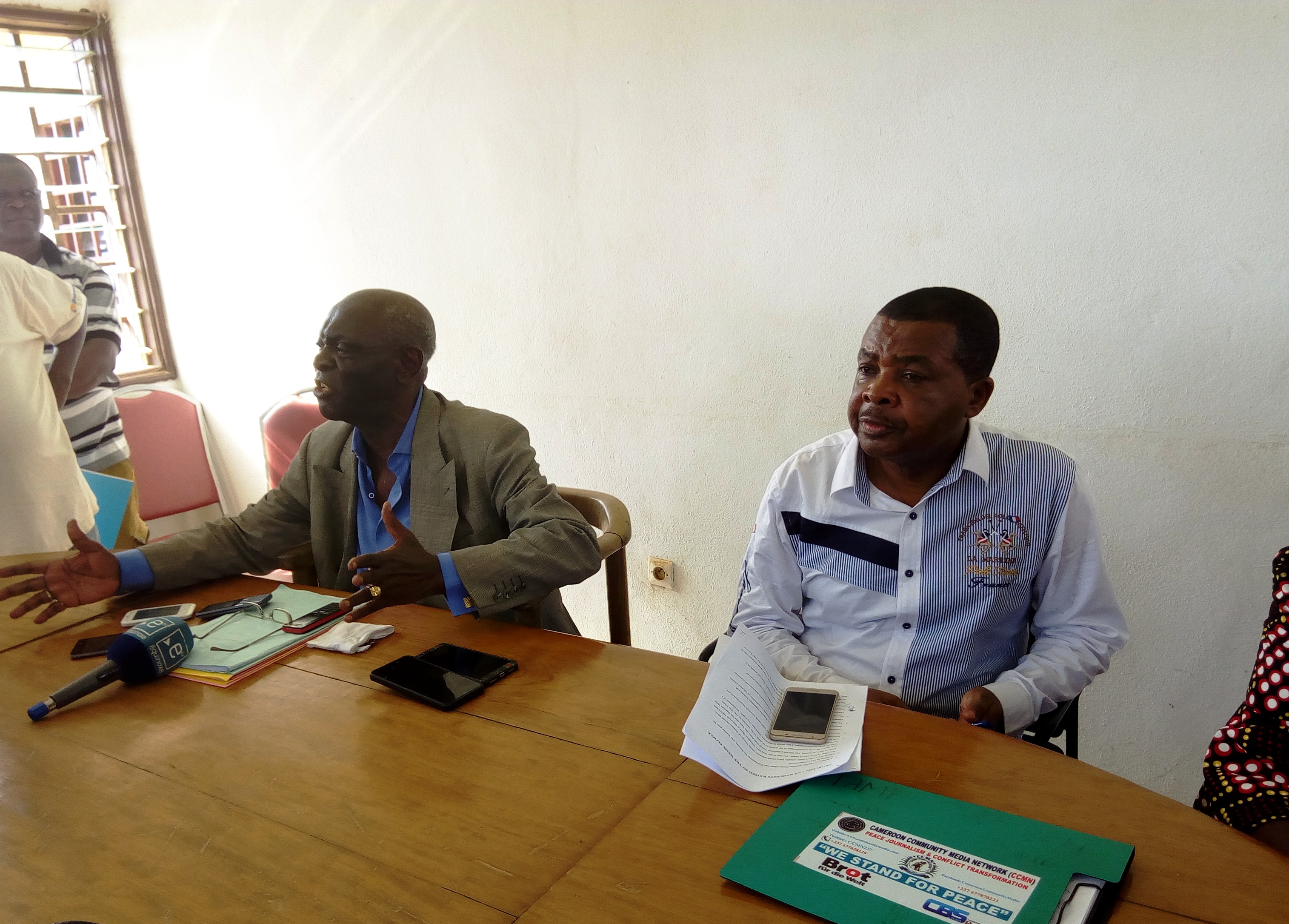 Mutanga  sold the idea to elites of Meme Division Wednesday May 8th as the converge for a meeting at the Kumba City council chambers to prepare for the imminent visit of the Prime Minister to the City.

The former member of government mooted the idea after participants questioned the possibility of getting people trapped in the villages to give the Prime Minister a deserving reception.

According to the retired judge, the issue of getting people from the various villages trapped in the bushes to receive the head of government is tricky. He said there are people who are afraid of guns and the general atmosphere of insecurity. He averred that some may even hold the opinion that they may end up in detention if asked to come and listen to the Prime Minister.

He asked the Government Delegate to the Kumba City Council and Mayors across Kumba and other elite of the Division to moblise the thousands of IDPs across the city to give the Prime Minister a hectic reception.

Mutanga argued at the meeting that, most of IDPs are people from the same villages where they would have  gone to  moblise the  crowd for the event.

The former member of government said, the visit is apolitical. He briefed militants and sympathizers of the ruling CPDM party that, they would not be allowed to put on the party fabric.

He said the Prime Minister will be given a civic reception as a son of the South West  Region void of any political coloration. He argued that it would be an opportunity for the crowd to listen to the Prime Prime Minister  on the way forward given the many challenges .

Victor Nkelle Ngoh Government Delegate to the Kumba City Council  said it will be great to have between 5000 t0 10.000 people welcome the Prime Minsiter. He urged everyone concerned in the project to remain committed. Cited cases  of recent events wherein the grandstand has been empty praying that the case will be different for the PM’s visit.

It was disclosed at  the meeting that, the PM will grant audiences to groups  that are ready to be received. Dion Ngute will also be given a  treat by his peers traditional rulers of Meme Division when he comes visiting.

All through the meeting, the date of the visit was not made public. But political and administrative moves on the ground indicate that, the visit will be taking place anytime soon.

Members of Government and the entire elite of the South West Region are expected to accompany the Prime Minister to the Kumba visit.

It is speculated that after the visit, the  head of government may take a decision to transfer the contract for the tarring of the Kumba-Ekondo Titi road to the military engineering corps given the security challenges.

Though committees have been outlined at the local level for the event, the administration is expected to take control.  Administrative sources argue that, Dion Ngute is visiting as Prime Minister and not a militant of the CPDM.