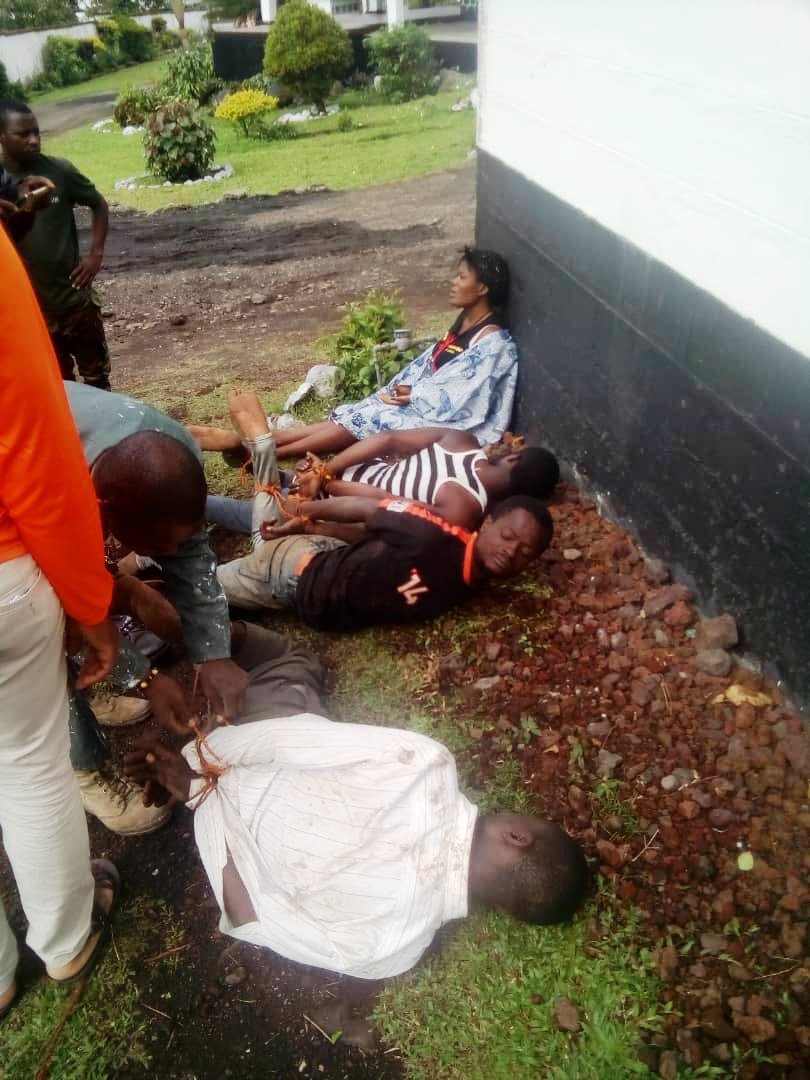 Buea (National Times)-At least four  persons among them a woman suspected to be separatists’ ambazonia fighters  are reported to have fallen into the dragnet of security forces in the locality of Mile 16, Buea , South West Region of Cameroon in the course of Tuesday April 16th  The National Times has learnt.

This development comes amid the reported death of  self-proclaimed  separatists’ ‘General Jesus’ of the Ambazonia movement fame operating in the same locality under unclear circumstances same Tuesday.

The National times could not ascertain if the reported death of the separatists’ strongman is  related to the circumstances that led to the arrest of the four suspects.

Reports hold that, the suspects are responding to questions from security forces  as investigations over their alleged link with the separatists’ remain alive.

In the face of the news of the arrests, a tweet emerged Tuesday on the social media handle of Cameroon security forces tagged ‘Honneur et Fidelite’ confirming the arrest of four individuals.  In the tweet, those arrested are tagged as ‘secessionist terrorists’.

The tweet  details that, the arrests were conducted  by elements of the 21tst motorised infantry battalion of the army. It asserts that, the security is still sourcing information from those arrested.

Mile 16 remains one of Buea’s most restive vicinities. Separatists incursions here have been  met with rigorous military control. ‘General Jesus’ credited with morphing the separatists slogan of ‘wata na wata’ is said to be the ringleader here. News of his death Tuesday is still mired in controversy.