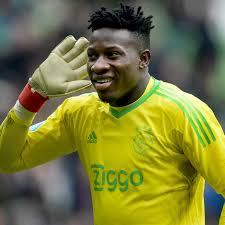 Yaounde (National Times)- Lucas Moura of Tottenham Hotspurs’ hat trick  in a 3-2 victory against Ajax on Tuesday May 8 demolished Cameroon’s hope of   having a double representation at the UEFA Champions League finals this year.

The outcome denied football fans in Cameroon the hope of seeing two of theirs Joel Matip of Liverpool and Andre Onana of Ajax of Amsterdam featuring at the finals.

Tottenham Hotspur journeyed to the Netherlands with the objective of turning the tables around after a 1 goal deficit from Dutch outfit Ajax in the first leg of the Champions League semi finals. This desire almost seemed like impossible as more than half of Wednesday’s decisive encounter was dominated by Ajax in goal scoring.

Mauricio Pochettino’s squad conceded two first half goals from the home side. The Dutchmen opened scores at the 5th minute of the game through a brilliant header from 19 year old teenage captain Mathij De Ligt. This was followed by Moroccan national Hakim Ziyeck’s powerful shot which was beyond the reach of Spurs keeper Hugo Lloris.

At the time all hopes were almost getting lost, Lucas Moura sprung up with the first goal of his hat trick at the 55th minute. The two other goals followed at the 59th and 96th minutes respectively.

The 3-2 win for Spurs put scores at 3-3 on aggregate with Tottennham sailing through to the final on basis of away goal considerations. Tottenham scored thrice  in Amsterdam as opposed to the one goal scored by Ajax in the first leg.

The upset victory hands Tottenham their first UEFA Champions league final ticket. They face Liverpool on June 1st at the Metropolitano Stadium in Spain in an all English final, the first since Manchester United vs Chelsea clashed in Moscow in 2008.