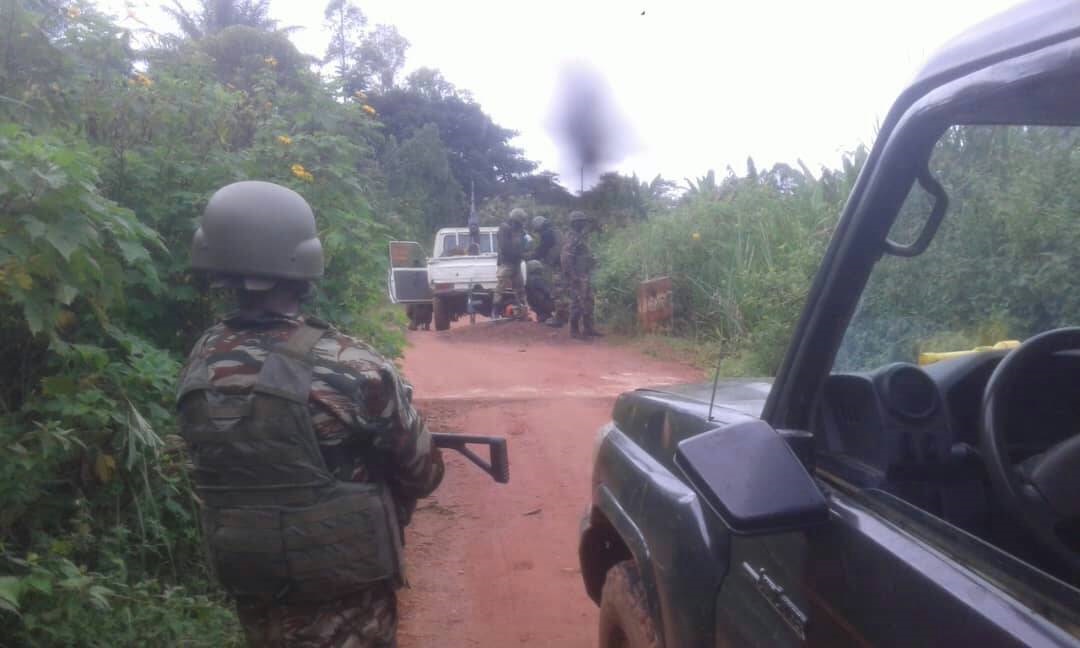 Kumba(National Times)-In April 2019, the Chairman of the National Commission on Human Rights and Freedom, Dr Chemuta Divine, wrote an open letter to President Paul Biya and among other things, he complained that the war in Anglophone Cameroon is far from ending because certain persons are making huge profit out of it.

One of these profits making machinery installed by security forces posted to the North West and South West Regions is the checkpoint at the Kumba-Mambanda stretch of road.

The checkpoint falls along a very busy road, along the Kumba-Mamfe Road with cash and food crop producing areas like Konye, Ikiliwindi among others.

The checkpoint is mounted by both Gendarmes and Police and every car except military is obliged to stop and both passengers and vehicles thoroughly checked.

The security control is not limited to the detection of harmful and contraband goods but also for a financial assessment before payments are done both by driver and passengers.

Each driver plying the road pays a non-debatable fee of FCFA 2000 to the uniform officers before he is allowed to cross.

After the payment, the next payment is attributed to the goods carried by the car driven by the driver.

After presenting national identification papers, each passenger is expected to alight from the car and identify his or her good before effecting payment.

A big bag of rice bought from Kumba is taxed at FCFA 6,000. Some passengers told us that when the goods are many it is possible to negotiate and pay less.

Cash crops from the bush are also taxed with a bag of cocoa paying FCFA 1,000 before crossing.

Even prohibited substances like sachet whisky are allowed to go through the crossing after paying the sum of FCFA 4,000 per carton. Animals are also subjected to the ‘custom’ duty.

For example, the owner of a dog pays FCFA 2,000 before crossing with his animal. Generally, these persons told us that they are not given receipts even though the process is so well organised to the extent that it feels like crossing the border.

Saving The Spoils Of The War

Each mounted guard spends 24 hours on the road before it is replaced, we are told. “Each day, a soldier cannot leave this checkpoint with less than FCFA 50, 000,” a taxi driver told us. The driver stated that after collecting money from the impoverished population and drivers, the soldiers in turn send them to deposit the money into their mobile money accounts in town.

“One day as I approached a checkpoint, they stopped me and rather than the soldiers conducting the regular checks, they gave me huge sums of money to deposit into their mobile money accounts in town,” a driver said to us.

Both the drivers and population using the road told us that they are helpless and unable to do anything in the face of such gross extortion since there is nobody to hear their case.

“One day I carried passengers who were to pay me FCFA 5,000 as I returned to Kumba. I bought fuel for FCFA 2,000 and on reaching the checkpoint; I thought the guys would let me go since I had passed before. I was stopped and I reluctantly gave them FCFA 2,000 and was left only with FCFA 1,000 from that trip. But what can we do, except the war is ended?” a driver lamented.

According to them, it is only the end of the war which can stop the illegal business carried out by these men in uniform who are supposed to protect them and their properties.