Larry Hopkins, leader of the United Constitutional Patriots, appeared in court in Las Cruces, New Mexico, on Monday to face charges of being a felon in possession of a firearm.

The FBI said it found nine guns during a 2017 visit to his home.

The United Constitutional Patriots came to public attention this month after the emergence of videos that showed men stopping and detaining people crossing the border. The group claims to have helped the US Border Patrol detain some 5600 migrants in the last 60 days.

An April 16 video, which was posted on Facebook, showed a large group of migrants, including several children, kneeling on the ground in the total darkness, some of their faces illuminated by flashlights.

Armed with rifles and wearing camouflage uniforms with the group’s eagle insignia, the group has been accused of detaining women and children at gunpoint, a claim it fiercely denies.

Several minutes into the 45-minute video, Border Patrol officers arrived and ordered the migrants to sit down before telling them to start walking.

The militia has maintained its actions are legal, though the local police chief said that he explicitly informed the group that they are not.

“This is not even dealing with what’s going on right here,” O’Connell said. Related Article US President Donald Trump with former secretary of homeland security. Kirstjen Nielsen.

The UCP has said its two-month presence at the border was intended to support US Border Patrol, which has been overwhelmed by record numbers of Central American families seeking asylum.

In court papers, the FBI said witnesses in 2017 accused Hopkins of saying the UCP was training to assassinate Obama; Clinton, who was the Democratic presidential candidate in 2016; and George Soros, a financier who supports liberal causes.

The accusations were made during an investigation into “militia extremist activity”, the agency said.

The American Civil Liberties Union and other critics accuse the UCP of being a “fascist militia” whose members illegally detain and kidnap migrants by impersonating law enforcement.

UCP members, many of whom have served with US Special Forces, take turns living in a camping trailer close to the border near Sunland Park, New Mexico and patrolling an eight kilometre section of border, much of it unfenced.

FBI Special Agent David Gabriel said that in October 2017 the agency received reports a militia was being run out of Hopkins’ home in Flora Vista, New Mexico.

When agents entered the home they collected nine firearms, ranging from pistols to rifles, Horton was illegally in possession of as he had at least one prior felony conviction, according to the complaint.

Hopkins, the UCP’s national commander, told the agents his wife owned the weapons. 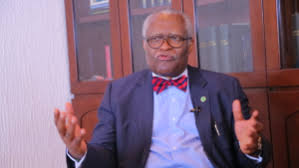 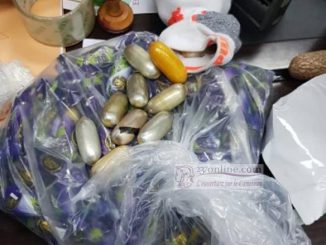