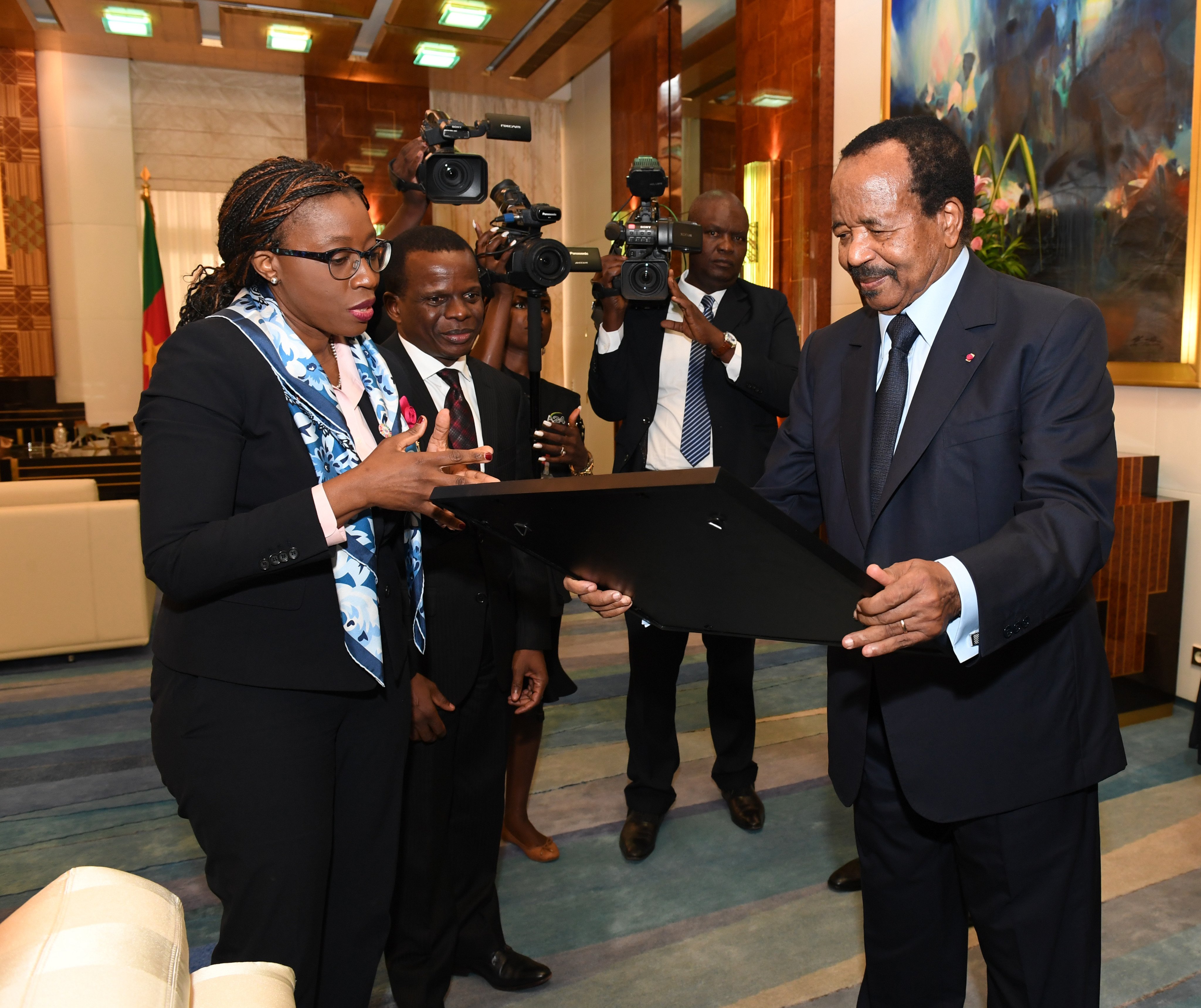 Yaounde(National Times)-The Executive Secretary of the United Nations (UN) Economic  Commission for Africa (ECA)  Dr. Vera Songwe says Cameroon’s economy needs to grow at  a rate of at least 10 percent  annually for government’s vision of making the country an emerging economy by 20135 to become a reality.

Dr. Songwe made the observation in Yaounde, Thursday April 18 shortly after an over one hour audience with President Paul Biya at the Unity palace.

The ECA scribe observed that, the economy of Cameroon has great potential to meet up with government’s vision of becoming an emergent economy by 2035. She averred that, the current growth rate of between 3 to 5.5 percent is not enough to get the country where its authorities desire.

Songwe said she and president Biya discussed issues of unlocking the potentials of the country to attain such goals. She cited discussions on the African Continental Free Trade Area (AfCFTA) and the need to strengthen the digital economy as  being key to turning the tides.

On relations between the United Nations (UN) systems in Cameroon and the host government, the ECA leader expressed gratitude to the Biya regime for an enabling environment for the agencies to perform their duties.

At the end of the discussions, Dr. Songwe was raised to the rank of ‘Grand Officer of the Order of Valor’ by president Paul Biya.

Earlier in the day, the ECA official was at  the International Relations Institute of Cameroon (IRIC) where she lectured on the digital economy and the African Continental  Free Trade Area (AfCFTA).

Songwe  told thinkers at IRIC that, “ when you put together the digital economy, the African Continental Free Trade Area, you begin to get an Africa  where poverty  will be a thing of the longtime past”.

At the close of Thursday, information emerged from the ECA team in Cameroon that, a press briefing wherein the UN official was expected to respond to questions from journalists had been called off. It was her first visit to Cameroon her fatherland  since her appointment in August 2017.