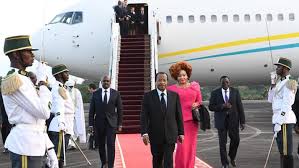 Yaounde (National Times)-Cameroon’s president Paul Biya will miss out on a ceremony to close the sporting season in the country billed for Sunday June 30th. The president has designated Prime Minister  Joseph Dion Ngute  to sit-in  on his behalf.

Sports and Physical education Minister Professor Narcisse Mouelle Kombi has issued an information note announcing the development. The  minister informs the public  in his statement that  Dion Ngute will be the presiding officer representing President Biya when AS FAP of Yaounde and Stade De Renard de Melong play the finals on Sunday. The event will take place at the Yaounde Ominisport stadium.

Muelle Kombi has called on the sporting public to moblise towards making the event a success. The minister writes that the event which will equally mark the end of the sporting season in the country will be an occasion to celebrate excellence in sports.

A preparatory meeting in the light is billed for 3PM June 27 in the conference room of the ministry of sports. It will be a rare opportunity for a Prime Minister to represent Biya at such a high profile ceremony.

The Cup of Cameroon finals is usually an occasion for president Biya to meet with the sporting public of the country. He usually uses the occasion to award trophies to sports men and women who have excelled in different disciplines.

Biya usually known as the father of the nation is often viewed as using such sporting event to market himself politically across the country. The president an wife are in Switzerland  for a brief private stay. He left the county last Sunday. Many had predicted he was not going to be around for this coming Sunday’s event.