Buea(National Times)-The sudden disappearance of a prominent Buea-based Man of God, Prophet Divine C. Okafor, Founder and CEO of Life Transformer Ministry International (LTM) is not only a bitter pill for his Christians to swallow, but it is also generating debate across the public space as his whereabouts is still shrouded in controversy and mystery.

The renowned Man of God in his own right, who came into the limelight in 2014, has attracted many followers and his Ministry has stood out among many in the South West Region of Cameroon. Life Transformer Ministry International (LTM) is located in Muea directly opposite the Mount Carmel Entrance. 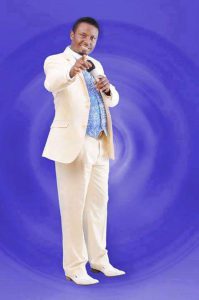 The church could boast of over 7000 Christians in every Sunday Service with majority of the Christians being ferried from nearby towns like Tiko, Limbe, Mutengene, Ekona, Muyuka and Kumba to assemble at the church headquarters in Muea.

Prophet Divine C. Okafor age 29, with his preaching, won the hearts of many Christians in the South West Region and he was referred to by his Christians as “Daddy” or “Papa”.

As the Anglophone Crisis escalated and Muea became the hot spot for confrontations between the pro-independence fighters and the Military, the Man of God decided to relocate Life Transformer Ministry International to a new site at Ombe-Mtenegene Road in mid-2017.

The adored Man of God continued presiding over church services until Sunday, December 2, 2018 that he was last seen in public. 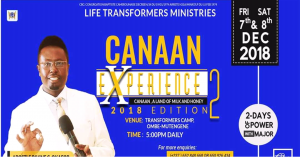 The Man of God did not show up for the two days crusade and his absence was very noticeable by both his worshippers and visitors during the event.

The National Times gathered that during the two days crusade, it was the Acting Pastor who deputised for over their daddy.

Miracle seekers who attended the crusade for the purpose of getting healed began to ask questions as to the whereabouts of the Man of God as many visitors who came to be healed when back with their problems.

The absence of the LTM Founder in the two days crusade could not go unnoticeable as it was the first time for him not to be present in a crusade organised by him.

On Sunday December 9, 2018, the Major Apostle Divine C. Okafor still did not show up in church for Sunday Service. His absence from the crusade and Sunday Service went viral on social media as many unanswered questions were raised. 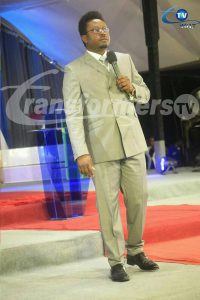 This reporter made his first visit to the church on Sunday December 23, 2018, surprising, it was the Acting Pastor, who presided at the Church Service and nothing was said about the Apostle.

The National Time reporter interviewed few members of the church who revealed that the Man of God has gone to the mountain for prayers and will be back soon.

“Our Daddy has gone to the mountain for prayers and will be back soon. He got a revelation from God and he has decided to use this period to commune with God for directives” Sister Bessem, a choir member of the church told The National Times reporter.

But why will the Man of God programme a crusade on the same period when he was to meet with Pastor Chris?

Also, Life Transformer Ministry International is already on satellite and how come the Man of God is seeking to use another satellite?

With the divergence stories of his whereabouts from most of the Christians interviewed, The National Times further intensify its investigation.

LTM like other churches in Cameroon always hold services on every December 24 night. Unfortunately, this year’s December 24 fell on a Monday which is a ghost town day for the people of the North West and South West Regions thus the usual December 24 night did not hold in most churches across the two English speaking Regions.

December 25 which signifies the birth of Jesus Christ is highly celebrated in the world and the day is usually characterised by church services.

The National Times learnt that Apostle Divine C. Okafor did not attend Christmas Day Church Service and it was the Acting Pastor who officiate the service. His absence was also noticed during the December 31 cross over night and on Tuesday, January 1, 2019.

After persistent inquiry and constant visit of this reporter to the LTM camp in Ombe-Mutengene Road, it is alleged that Major Apostle Divine C Okafor suffered a malaise prior to the two day crusade and was rushed to a hospital in Douala.

An authoritative source of the church who is one of the Pastors, but who preferred not to be named, told The National Times that Major Apostle Divine C. Okafor went into a coma at a hospital in Douala and since then the church has not heard from any of his family members on the situation.

When asked by this reporter why the church has not visited the their Man of God in the said hospital given that his situation is critical, the Senior Pastor said “we have been instructed by the Acting Pastor that the Man of God has told him that we should continue with church activities because he will fine soon. None of us has been opportune to see Apostle Divine C. Okafor”.

The phone number of the younger sister who lives with the Man of God was given to this reporter for further inquiry. Since January 6, 2019 till date, the National Times reporter has been calling the said number but the phone seems to have been switched-off.

The National Times has tried to get to his parents who reportedly live in Kumba but this reporter was told that no one has seen the parents recently and it is alleged that the parents have travelled to Nigeria.

The National Times has gathered that the younger sister was spotted on January 3 at the Life Transformer Ministries to collect some of the belongings of his brother, Apostle Divine C. Okafor.

Many Unverified Reports On Social Media

Since the mysterious disappearance of the Man of God, many reports have been churned out on social media and many other platforms. One of such reports reads thus: “The Man of God went into a diabetic coma and was rushed to a hospitals in Douala where he died and his corpse was immediately transported to Nigeria awaiting burial. The church does not want the public to know because they want members to be used to the Acting Pastor before it is made public”, a facebook post by Patience Fako.

Another social media post reads: “Apostle Divine collapsed and died in his house in Douala and his corpse is still in a mortuary in Douala. His dead has been kept silence so that the family can get stock of all his properties,” a facebook post by Timothy Nkwan.

Meanwhile, in order to put an end to the rumours, The National Times approached the Acting Pastor on several occasions for interview, but he has persistently refused to talk to this reporter.

From the interviews and social media reactions, it is very evident that all is not well with Apostle Divine C. Okafor as even LTM worshipers have divergence views of his whereabouts.

It should be noted that since the disappearance of the Man of God, viewers at home do no longer received his signals and are unable to watch live Sunday Services at home.

It would be recalled that in 2016; Apostle Divine C. Okafor was arrested and detained for allegedly raping six female members of his church. He was later released after paying the sum of FCFA 1 million to the Judicial Police in Buea.

On an interview with the press immediately after his released, Apostle Divine C. Okafor said “on Wednesday you will hear over CRTV and other news channel that as a sign to show that when God gets involved things get dissolved. Now it will be everywhere in Cameroon that the conclusion came from the presidency for my release, we were so surprised. A small church now has links with the Presidency”.

A week after his released, Apostle Divine C. Okafor celebrated the sum of FCFA 1 billion in his account.

The parents of the Man of God are from Nigeria, who have settled in Kumba, South West Region of Cameroon for over 25 years today.

Apostle Divine attended CASS Kumba and later gained admission into the University of Buea in 2010. While in CASS Kumba, he was a door to door preacher.

He continued with his door to door preaching in Buea after his admission into UB in 2010. He graduated from the Department of Geography in 2013 and moved to Nigeria. He stayed in Nigeria for over a year and returned to Cameroon in 2014 and founded Life Transformer Ministry International. His Ministry was fondly called “the church of visa” because many youths who have been seeking for visas to travel out for many years easily got their visa as they visit the church.

Has Biya Officially Made Ngoh Ngoh ‘President’ Of Cameroon?