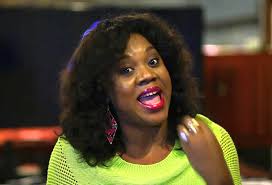 Abuja (National Times)-Popular Nigerian actress, Stella Damasus has lamented over the ongoing war in Anglophone Cameroon and invited the international community to intervene and help the country resolve the protracted conflict.

In an online campaign launched since June 17, 2019, the multitalented actress has blamed the “dictatorship” of Paul Biya for the bloodshed in Cameroon. “Is it by force to be President? How do you force people to accept your leadership? That is dictatorship. That is the highest level of illiteracy. Then innocent children have to die for this. When will this end? HelpCameroon,” she said.

Even though the world and Africa are gripped by two important football competitions which Cameroon is taking part, Stella Damasus says the lives of women and children being destroyed in Cameroon are more important than the soccer jamborees.

“I am not really interested in talking about soccer match right now. We need to talk about the situation in Cameroon. The country needs help. Have you seen videos of women and babies being killed? I don’t understand how this is okay,” she lamented.

While referring to the events in the North West and South West regions of Cameroon as genocide, Stella Damasus frowns at the poor media coverage of the conflict which could have created more awareness worldwide and impact on the ground – “I wonder why this Cameroon issue does not have the kind of media coverage that it deserves. This is genocide and we are acting like it doesn’t matter. African leaders keep acting like the Presidency is their birthright or inheritance. What the hell?”

The actress whose movies are heavily consumed in Cameroon and the world at large has launched a fervent appeal to anyone with influence at the international level to press for the case of Cameroon. She has also launched a campaign entitled #helpCameroon. The actress is calling on organizations, bloggers, and media personalities to use their position to make a case for the suffering masses in Cameroon.

Being one of the most influential African personalities, her message would certainly create an impact. With her twitter following of over 400,000 persons, it is likely that her post creates the necessary awareness.